Posted by Alec Geissler on 11/22/2019 to Articles
Welcome back all and I’m glad to be sharing my article here on the PoTownStore. I’m very excited to be bringing you this article on the new Arceus & Dialga & Palkia-GX card that was recently released in Cosmic Eclipse. This is one of the best cards in the set  because of the attack effect of Ultimate Ray which is very similar to Pikachu & Zekrom-GX’s “Full Blitz”. Decks that can accelerate energy consistently through attacks on big heavy HP Pokémon will always be a great strategy in the Pokemon TCG. Flooding the board full of energy with 280HP Tag Team GX Pokémon is very hard to beat. While Pikachu & Zekrom-GX was questionably good by some players due to having to draw very well with the deck, Arceus & Dialga & Palkia (otherwise known as ADP) does not struggle with the same combo based issues all these combos ADP needs to pull off are simpler and require less cards to dig through your deck for. You can afford to play slowly and manually set up by attaching once per turn to build up your attack. While you are building up, you have access to the best GX attack in the game, Altered Creation GX. For one metal energy, it allows all your Pokémon to deal +30 damage including Pokémon that aren’t in play. If you have a metal AND a water energy attached, you get the +30 effect but also for every knockout you take for the rest of the game, you take one extra prize. This really helps the matchup versus one prized focus decks such as Malamar which used to thrive on coming back in the late game because of their powerful attackers being worth one prize. Being able to take three knockouts repetitively without a worry of a solid response which happens to be very scary for any deck. Having access to Keldeo-GX as a secondary attacker makes the deck a wild animal when it comes to rounding out matchups because it forces deck builders to tech for the matchup they may want other cards for. ADP saw great success at the Latin American International Championships as we saw 24 make day two, 7 being the Green’s Exploration engine (not using Keldeo-GX of course) netting a total of 3410 CP. Per person, that’s an average of 150 CP which is near equivalent to a top 32 finish. Splitting the two archetypes up between Green’s and Ability, Green’s netted 7 players earning 940 CP and Ability gaining the other 17 with 2470 CP. Now that we have an idea of the statistics of how the deck did, let’s take a look at a list of each archetype to see how these powerful decks are built.

Pokémon - 8
4 Arceus & Dialga & Palkia-GX CEC 156
2 Cryogonal UNM 46
1 Lucario & Melmetal-GX UNB 120
1 Drampa CEC 159
Trainer - 40
4 Green's Exploration
4 Cynthia & Caitlin
2 Mallow & Lana
1 Guzma & Hala
1 Channeler
4 Pokegear 3.0
4 Tag Call
4 Custom Catcher
3 Reset Stamp
2 Switch
2 Great Potion
2 Energy Spinner
1 Pokemon Communication
1 Great Catcher
1 Choice Helmet
2 Chaotic Swell
2 Power Plant
Energy - 12
5 Water Energy
5 Metal Energy
1 Unit Energy GRW
1 Unit Energy LPM
Both of these lists made Top 8 at the Latin American International Championships (LAIC) this past weekend. I was very interested to see the Green’s version and what the list looked like as I did not think this deck would work as a Green’s based engine, but I overlooked it when I shouldn’t have. I personally favor the ability version over the Green’s take on ADP because it is less stamp proof as I have more outs to Dedenne and other draw supporters instead of non-hand accelerators in Greens decks such as Guzma & Hala, Channeler, etc. If I am being honest, I do not like the 3rd place list. I think the list relies too much on not attacking until turn 3 and that the correct way to play the deck is to be as fast as possible or you will fold to welder decks like Ability Zard and Mewtwo. You could never keep pace with a real deck it feels like and I’m not about losing games because my opponent is hitting 300 when I haven’t said an attack yet. Hitting 300 has become quite the common strategy nowadays in the Pokemon TCG and losing to decks like that is not the move currently without any consistent energy acceleration. I do not like heavy N’s Resolve either. In my opinion, I believe N’s Resolve is near one of the worst cards printed cards in this game. Milling a random 6 cards to hopefully accelerate energy as a supporter is not good and nothing can convince me that it is good. Do I think it is needed as a one of in the deck to make sure you do have that tempo boost if you fall behind, yes; however, I can not be convinced that N’s Resolve should be played as more than a one of because of the reasons I just stated. ADP gains some pretty sweet new tools that we have access to, and I’d like to dive in on them  and explain them more because they are my favorite cards in the deck.

Cryogonal is a very good card and it’s a shame it didn’t have a good enough positioned spot in the rest of the decks that could play it in the format. Item lock has always been a strong mechanic in the Pokemon TCG that we have seen in the past with popular cards such as Seismitoad-EX which is still relevant in the expanded format today. In the format that was shaping out after LAIC, Cryogonal deserves a spot in every ADP list. Cryogonal swings the Doll Stall matchup that doesn’t play Spiritomb as they can just simply knockout your Cryogonal. If you really wanted to swing the matchup, you could try and go the double Cryogonal route that the Green’s ADP played but I don’t think that would swing the matchup all that much since they are able to loop Spiritomb and rainbow energy with Munchlax. Cryogonal helps with the Pidgeotto matchup as well as they can’t control your hand size or top decks with Reset Stamp and Chip Ice Axe. I really like Cryogonal as a card, the concept of it, and all the utility it brings to the deck.

Drampa is another card that brings utility that most decks don’t have. Drampa’s second attack for triple colorless does 70 + 70 if you have two types of basic energy attached to it. In combination with Altered Creation GX, this attack maxes out at 170 damage which is enough to one hit a Keldeo-GX in the mirror and trade 2 (3) for 1 (2) prizes. Being able to prize trade efficiently and be able to hit through Keldeo-GX’s is necessary in today’s format. Drampa was brought to my attention about 2 weeks before LAIC, and it was one of the reasons why I was considering the deck as a play for Daytona since I could not attend LAIC. Being able to hit 170 is a very good number right now because you can trade prizes on Dedenne’s, Keldeo’s, hit big numbers on Blacephalon-GX’s, etc. It gives enough utility to make sure I always have at least one copy of this card in every ADP list I play.

I was very surprised players decided to play this card even with the pure strength it brings to the Gardevoir & Sylveon-GX matchup. I didn’t think Gardeon would show up much because of the threat alone this card brought. This card does pretty much autowin the Gardeon matchup and I don’t like using autowin to often because no card can auto win a deck, but this is one of those special cases where Gardeon should basically try an alternative strategy if ADP can get the Lucmetal going with an Ultimate Ray on it. There is no way Gardeon ever wins this matchup if ADP has access to Lucario Melmetal, unless they can get a Weakness Guard Energy on it efficiently.
These are my favorite 3 cards in the deck. I love the reasoning behind all 3 of them and these cards are the only reason why I am considering the deck for Daytona. I’m going to drop the list I am currently thinking of playing. I still have a bunch of games to put into the deck, but this is what I am currently rolling with and interested in.

Pokémon - 13
4 Jirachi TEU 99
2 Arceus & Dialga & Palkia-GX CEC 156
2 Keldeo-GX UNM 47
1 Lucario & Melmetal-GX UNB 120
1 Dedenne-GX UNB 57
1 Drampa CEC 159
1 Cryogonal UNM 46
1 Phione CEC 57
Trainers - 33
4 Lillie
3 Mallow & Lana
2 Cynthia & Caitlin
2 N's Resolve
1 Guzma & Hala
1 Misty & Lorelei
3 Tag Call
3 Pokemon Communication
3 Switch
2 Cherish Ball
2 Reset Stamp
2 Great Catcher
2 Escape Board
3 Chaotic Swell
Energy - 14
7 Water Energy
6 Metal Energy
1 Rainbow Energy
I really like the list that Pedro and his group played at LAIC this past weekend. The approach of being able to use Cynthia & Caitlin to get Mallow & Lana’s back in addition to drawing 3 cards really appeals to me. I do not like N’s Resolve personally but I keep 1 in the deck as a recovery/pace keeper card, so you are able to keep pace if you fall too far behind in the early game and need to come back. There is no reason that makes mill 6 as a supporter good even with the secondary effect of attaching all the energy you find there. I love the new inclusion of Chaotic Swell because it makes it so hard for your opponent to Reset Stamp + Power Plant to hit through your Keldeo GX’s. This list is the best positioned list for the meta and has the best chance to go far heading into Daytona.

In conclusion, I think ADP is a very good deck and one of my top choices going into Daytona Beach regionals. I really like the speed this deck gives and the versatility with Keldeo-GX, Drampa, Cryogonal, Phione, Lucario Melmetal, etc.. Being able to take 2 prizes on one prizers, 3 on 2 and 4 on 3 is just so game changing for some decks that the matchup is so hard to overcome. I personally would favor the ability version over the Greens Exploration version for the sheer tempo, but I do like the Green’s concept of the deck. If you are interested in building this deck on Pokemon Trading Card Game Online, the lists are Pokemon TCGO importable so you can copy paste them. If you need to buy Pokemon Online codes for the cards, we supply them on the site for a cheap and reasonable price! I would love to shout out the PoTownStore for bringing me on as a writer/working with them. I would also like to shout out my sponsor, Nerd Rage Gaming, for supplying me with all the benefits they do and to all my teammates who have my back. If you are interested in the Pokémon TCG, go ahead and check out all the other articles coming out here on the site. We will be having much more content coming out in the future. Otherwise, if you like the content we’ve been producing on the site, go ahead and hit a like on the post you saw. You guys are awesome, it’s been real, and I can’t wait to see you guys at Daytona regionals. Don’t be afraid to say hi if you see me. Thanks for reading and I’ll catch you guys there!
SHARE THIS POST
Previous Post
Next Post 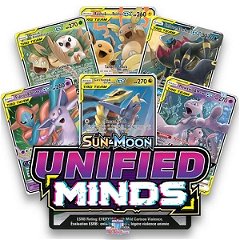