Top 10 Cards to come out of Cosmic Eclipse 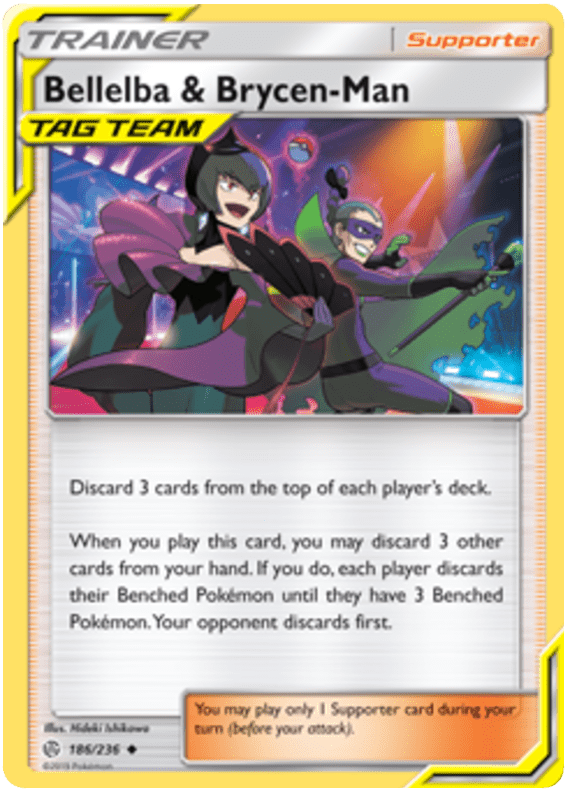 This powerful Tag Team Supporter is a great addition to the Stall and Control decks in the format. Being able to mill the top 3 of your opponents deck can not only limit their options, but also make them deck out quicker so you can win games within the given time frame. I expect this card to be around for as long as Stall and Control decks exist. 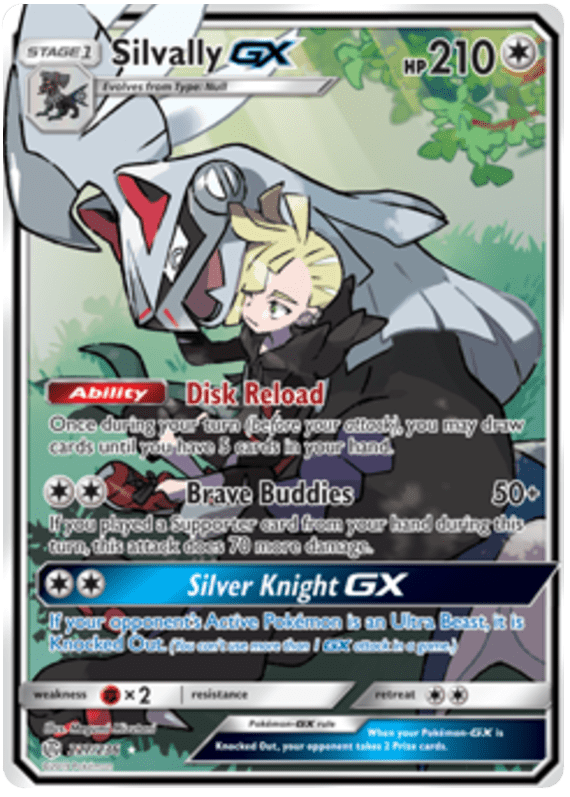 The newest version of a stage 1 draw support Pokemon has entered into the format as Silvally GX. Similar to infamous Octillery from the old XY BreakThrough set, Silvally GX can refill your hand with its great ability. The card also works well with the new Tag Team supporter Red & Blue which can search and evolve Silvally GX, while also powering it up with 2 energy cards. This card has a lot of unseen potential and will eventually be a staple Pokemon in the TCG. 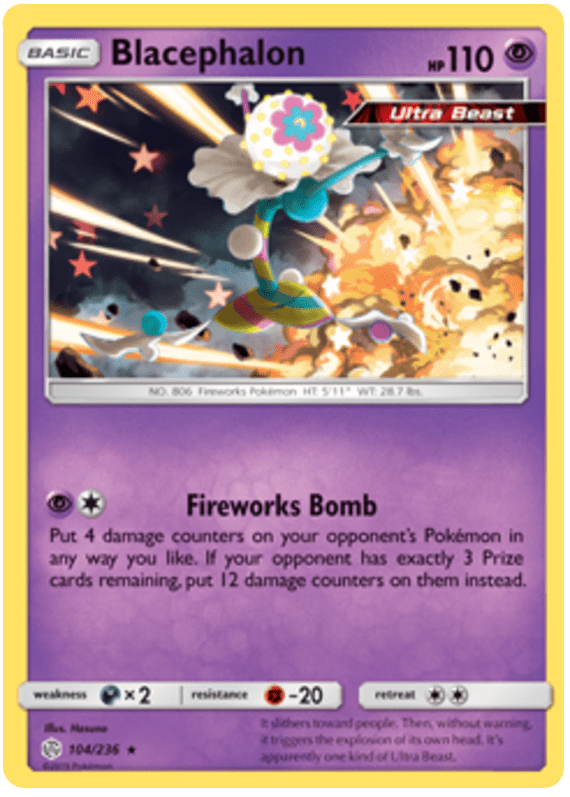 Pokemon just can’t seem to make a bad card for the Ultra Beast Pokemon Blacephalon. This new Psychic type take on the card can place 12 damage counters anywhere when your opponent is at three prizes which is a super powerful effect similar to the popular Espeon & Deoxys GX. This card adds a boost to Malamar and Blacephalon GX decks as an additional spread asset that can swing games out of nowhere. 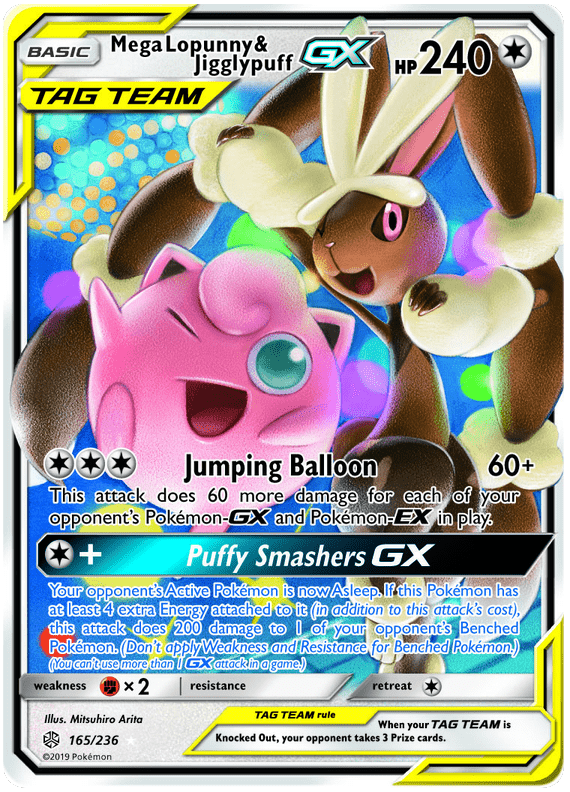 This particular Tag Team GX Pokemon can hit big numbers if your opponent is playing a heavy GX based deck. The entire meta game currently revolves around Pokemon GX with them being the most powerful attackers, and draw support in Dedenne GX. The card also attacks with colorless energy so it works in every deck, and can punish your opponent big time in the right situation. 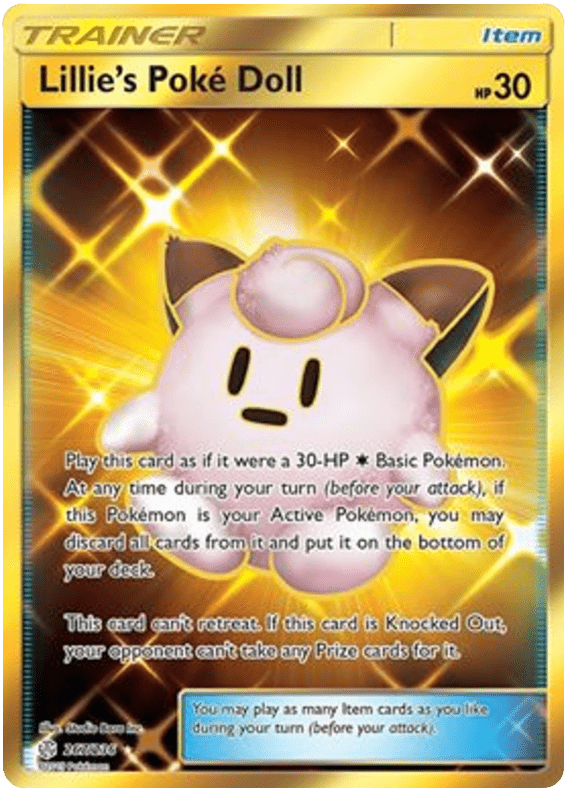 Reminiscent of the old Robo Substitute from the XY series, Lillie’s Poke Doll takes the same concept and makes it better with Lille’s Poke Doll’s effect to anytime put it at the bottom of your deck. Lillie’s Poke Doll is played as a major component in the Florges stall decks which have become very popular as of late, and as a way for Blacephalon/Pidgeotto decks to sit behind while they build up their board. In a format where the once needed Custom Catcher is not seeing the light of day, this card can shine and be a real pain to your opponent’s strategy. 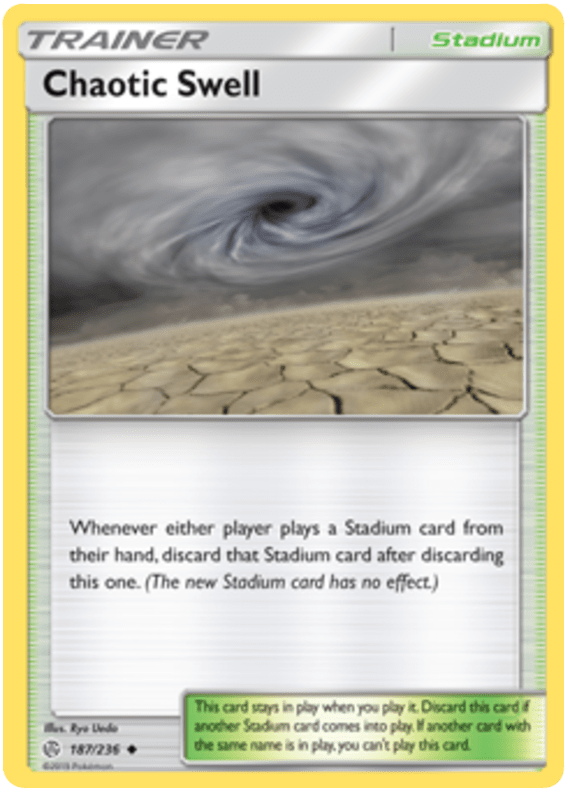 This new Stadium Card is great in decks that don’t really need to use a stadium to help out their strategy. It also blocks your opponent from being able to play their own stadiums, which when against Welder decks that rely on Giant Hearth can slow them down a lot. Most popular in the Arceus & Palkia & Dialga GX decks, Chaotic Swell can stop your opponent from putting down Power Plant which can help their GX Pokemon go through your Keldeo GX, so you can deal more damage with Keldeo without them having a good answer to it. Overall this card is one of the best stadium cards in the current standard format, and will be seen in a lot of decks in the future. 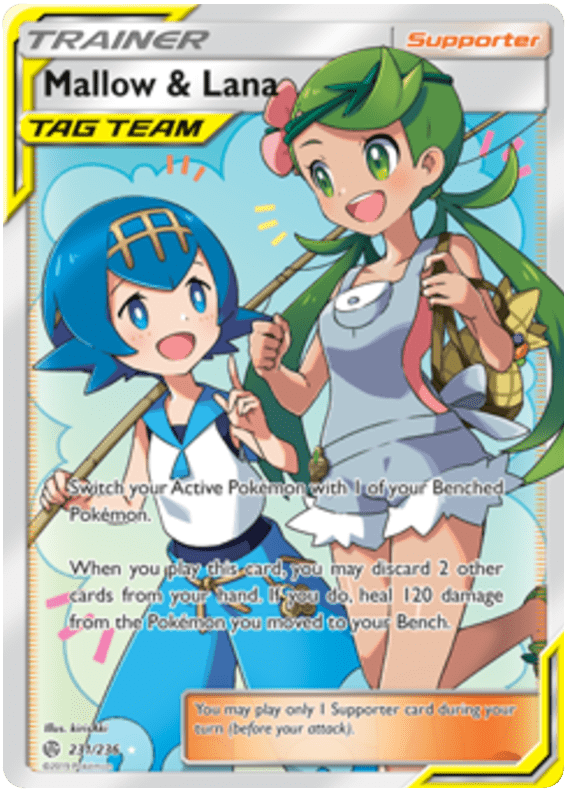 Mallow & Lana is one of the best Tag Team supporters out of the several that were released. Mallow & Lana not only allows you to switch your active Pokemon, it also allows you to heal 120 damage. This card is great in Tag Team GX decks as it is not only searchable by the new Item card Tag Call, but it can severely punish the decks that try to two-shot your Tag Teams and help you survive multiple hits. 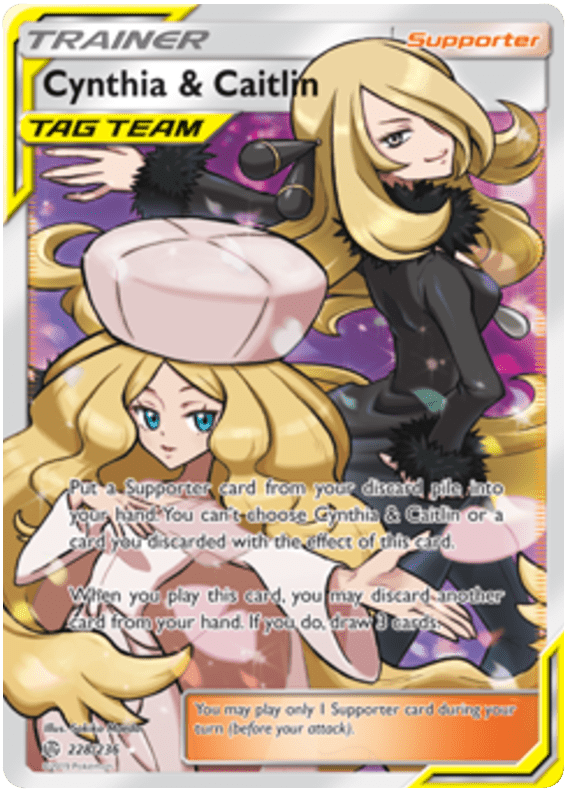 Cynthia & Caitlyn is the best Tag Team supporter in the game. This card allows you to not only draw 3 cards, but also discard a card from your hand a get back a supporter from your discard pile. Getting back a supporter is powerful enough, but also getting to draw 3 cards makes the card sensational. The card is also searchable by Tag Call as well, so it is easy to find when you need it. 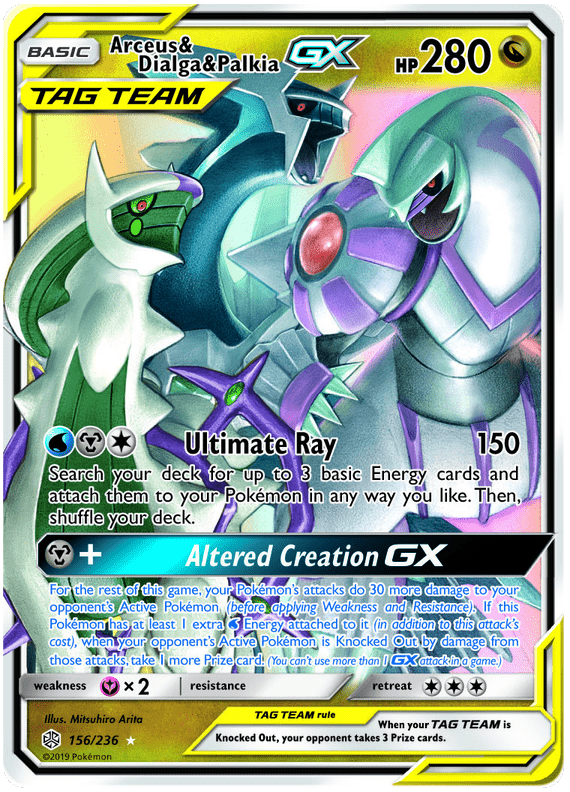 The icon for the Cosmic Eclipse set rightfully earns its top place with it being the best Pokemon GX card from the set. ADP( short for Arceus & Dialga & Palkia ) has the best GX attack on a Pokemon GX which can set up the rest of the game for you. The card also has a very powerful attack in Wonder Ray which and accelerate 3 of any energy from your deck to any Pokemon in play. This card will dominate in standard and expanded for a long time, and is a great addition to the Pokemon TCG. 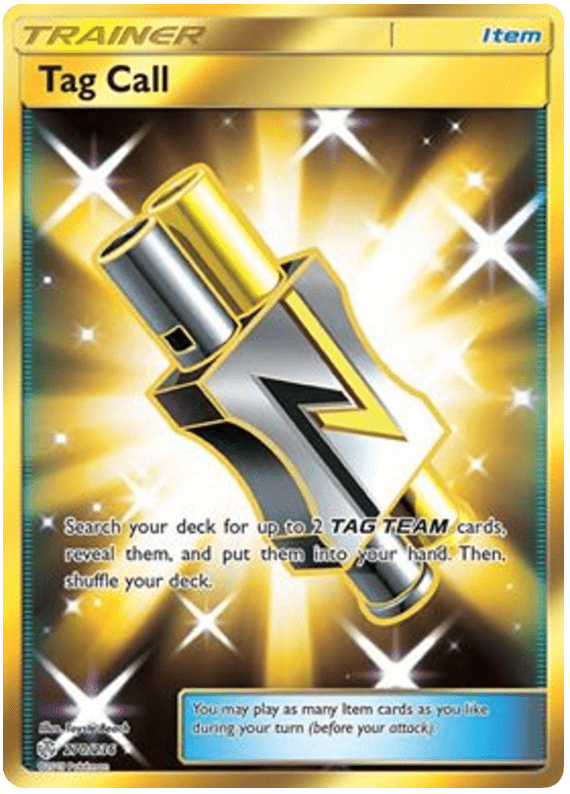 Tag Call is the best search based item card in the Pokemon TCG. This card allows you to search for any 2 Tag Team cards, which include any Tag Team Pokemon GX, and the Tag Team supporters. Having an item card that searches for the very powerful Tag Team supporters while also finding the correct Tag Team Pokemon you need adds a huge boost in consistency. This is the best overall card from Cosmic Eclipse, and will be good for a very long time.
SHARE THIS POST
Previous Post
Next Post 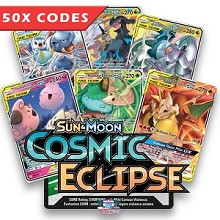 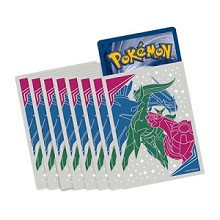 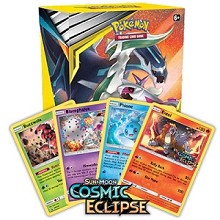 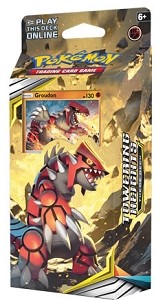