Posted by Arlo Neel on 1/9/2020 to Articles
Hello PoTown Store readers and to the new visitors on the site! Welcome back to another article here as we prepare for the Dallas Regional Championships that appear to be coming closer and closer. The first new thing about the expanded format we need to pay attention to is the new Meowth VMAX card that is officially going to be legal for Dallas. Meowth V and Meowth VMAX are the first cards to be released from the Sword and Shield set in the Pokemon TCG in the form of a promo box(you can buy the code for right here on our website). Meowth VMAX is mostly the card we are going to be looking at because Meowth V isn’t particularly exciting, but it is necessary to evolve into the Meowth VMAX. So, let's look at the Meowth VMAX, and see why it could potentially be a good card in both standard, and expanded Pokemon TCG decks.
Meowth VMAX evolves from Meowth V and gives itself 300 HP, and a powerful “Gold Rush” attack that not only dishes out a hefty 200 damage, but also gives your hand 3 more cards to work with on the following turn. This card is good for a lot of reasons, but the main reason is it’s access to 300 HP. 300 HP is the highest HP Pokemon we’ve seen so far in the Pokemon TCG, but of course that HP limit is only going up thanks to the VMAX Pokemon coming out in the next Sword and Shield era. Now the question is what decks can abuse this powerful new Pokemon TCG VMAX card, and could we see it show up in a couple decks going into Dallas Regionals.

The uses of Meowth VMAX in Expanded

Meowth VMAX being an evolution Pokemon is a great deal in the expanded format because of popular cards such as Pyroar and Vileplume that both have powerful abilities that stop basic Pokemon from attacking or dealing damage to the Pokemon. In expanded, the most popular decks including Turbo Dark, Gardevoir & Sylveon GX, Night March, Ultra Necrozma, and other high flying basic Pokemon rely on attacking with their basic Pokemon, so those basic locking cards can slow them down or force them to have an answer with evolution Pokemon. Turbo Dark can opt for a Weavile GX line or two, which is a great Pokemon anyways in the deck, but other decks don’t really have a clear answer to the Vileplume or Pyroar. The main deck we are going to look at here with this situation is Gardevoir & Sylveon GX. The deck does already play a 2-2 Aromatisse line which is an evolution and can attack, but it only does 60 damage, which happens to be a 3 shot on the Vileplume, or a 2 shot onto the Pyroar. 60 damage isn’t enough to successfully deal with Vileplume because of the popular Eggrow deck that plays 2 copies of each powerful Vileplume that lock basics, and item cards. Eggrow now has access to cards like Mallow & Lana which can fully heal 2 hits from Aromatisse, and making it extremely hard for Gardveouir & Sylveon to deal with the Vileplume. So, what exactly can you do or put into your deck to avoid losing to this strategy? Well one way is to put in a 1-1 line of the Meowth VMAX card. This card could be a great attacker into the Vileplume matchup as you one shot it with Meowth, and draw 3 more cards to help set up your next turn. Meowth VMAX in other matchups also still has 300 HP, which is the same amount of HP Gardevoir & Sylveon GX has with Fighting Fury Belt, making it around the same risk for a higher reward. This card in my opinion should be played in the Gardevoir & Sylveon GX deck not only for an answer to Pyroar and Vileplume decks, but also as a great alternate attacker that can do some big damage for the same HP risk as Gardevoir & Sylveon GX. Here is a list I am considering still for the Dallas Regional Championships.

Meowth VMAX is also going to be legal in the standard format soon, and the card could have potential again in the Pokemon TCG. Meowth VMAX will definitely play a different role than what I explained it’s expanded role to be because those basic locking cards aren’t legal in the standard format. Meowth VMAX will serve as either a secondary attacker in a deck, or an out to Keldeo GX. I can’t promise Meowth VMAX is going to be a game changer in the standard format as unlike the expanded format, it is quite difficult to set up due to it being a stage one that also needs 4 energy to attack. Even if you can consistently pull off the gold rush attack, it doesn’t do enough damage to deal with cards like Mewtwo & Mew GX and Reshiram & Charizard GX that both have 270 HP and can both respectively one-shot Meowth VMAX. But I am sure there is some way you can make this card work. Here are my current list ideas for how Meowth VMAX can work in Pikarom and ADP.

Pikarom has been sort of out of the picture from the standard format because of its bad matchups to Mewtwo & Mew GX and having to be built with a less explosive engine due to Mega Lopunny & Jigglypuff being introduced into the format. Obviously Pikarom having to go slower than usual isn’t going to be good for it, so the deck has kind of fallen off. The deck also cannot deal with Keldeo GX that well because it is mostly all GX Pokemon you are attacking with, so this is where Meowth VMAX can come in and spoil some gameplans. Meowth can be set up by Pikarom’s Full Blitz attack and with Meowth VMAX’s attack, can one shot Keldeo GX and be a good attacker into Malamar decks because of its incredibly high HP. The card can also draw 3 cards while doing damage so you can make up a little bit for the lack of Dedenne GX being played in the deck. Overall, I think Pikarom greatly benefits from the Meowth VMAX, but I’m still not too sure on its viability in standard at least until Sword and Shield comes out.

This ADP list featuring Meowth VMAX is very similar to Xander Pero’s 2nd place Daytona list so shout out to Xander. Meowth VMAX could work in this deck for 2 reasons. With altered creation GX in effect, Meowth VMAX is the hardest hitting attack in the deck hitting at a cap of 230 damage which is reminiscent of Reshiram & Charizard GX’s Flare Strike attack, while also drawing 3 cards. The card can also easily be powered up by ADP’s Ultimate Ray attack which is very important because Meowth VMAX attacks for 4 costly energy. Meowth VMAX can also one shot Keldeo GX in the mirror match which is also an important factor. The most important reason this card could be good is its ability to draw 3 cards which is something ADP lacks in standard. I’m still not sure how good this card is, but I wouldn't be surprised to see it come up next format when ADP turns to its next partner in Zacian V which cannot one shot Meowth VMAX, but with altered creation in effect, Meowth VMAX can one shot Zacian V.

Sword and Shield Base Set Info

Sword and Shield is coming up soon as the next set entering the Pokemon TCG universe. I have done an analysis on the set where I explain the best cards from the new set and why they could be potentially game breaking. Check it out here on the PoTown Store if you wish to learn more about this interesting new set!
As far as Sword and Shield goes, in my opinion I see it being one of the best sets we have seen since Sun and Moon Guardians Rising. I am very excited for the set and cannot wait to see how it changes the meta with the inclusion of more powerful trainer cards, V & VMAX cards, and the new rule change of no supporter cards allowed to be played going first on turn one. Stay tuned to the blog website and the PoTown Store for more news, decks, and Pokemon TCG Online codes all relating to the Sword and Shield set coming out next month.

In conclusion to this article, Meowth VMAX could potentially see some versatile play as an out to not only go through Pokemon that the decks it is played in cannot normally go through such as Keldeo GX and Vilplume, but also draw 3 additional cards that can help set up for the next turn. If you need any Pokemon TCG Online codes or products make sure to check out the website right here to get some great deals and advance your decks in the Pokemon TCG Online. Special shout outs go to my testing group partners who are Ben Cryer, Isaac “Joe” Milaski, Alec Geissler, Luke Morsa, and Justin Lambert, and shout out to my awesome team Nerd Rage Gaming for all the do to help us succeed in the competitive Pokemon TCG scene. Until next time, have a good one and have fun trying out the new Pokemon Meowth VMAX card!
SHARE THIS POST
Previous Post
Next Post 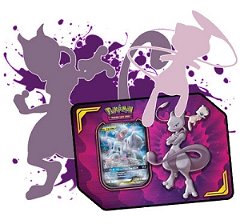