Posted by Isaac Milaski on 12/31/2019 to Articles
Hey PoTown readers! This is Isaac bringing you another article, this time on the current state of the standard format as well as my top pick going into expanded.
The current standard format is very defined as after multiple regionals and cups, the meta has shifted and the same decks have seen success. Malamar has picked up a large amount of success as many players are beginning to realize its potential and the large skill gap that it presents. After experiences with the Pokemon TCG format several times at regionals and cups, I’ve concluded that Pokemon Gardevoir & Sylveon GX is my favorite deck in PTCGO and has the best matchup spread. Below is my current list for the deck, card explanations, and matchups:
Pokemon - 5
4 Gardevoir & Sylveon GX UNB
1 Xerneas GX FLI
Trainers - 46
1 Cherish Ball
4 Custom Catcher
2 Energy Spinner
1 Great Catcher
2 Great Potion
4 Pokegear 3.0
3 Reset Stamp
3 Switch
3 Tag Call
2 Tag Switch
4 Power Plant
3 Coach Trainer
3 Cynthia & Caitlyn
2 Faba
4 Green’s Exploration
2 Mallow & Lana
2 Psychic Fairy Charm
1 Island Challenge Amulet
Energy - 9
9 Basic Fairy Energy
*If you guys need any cards for this deck for the Pokemon TCG Online, make sure to check out our codes right here at PoTown Store!

There is always a debate on which other GX Pokemon should be played. In Drew Cate’s list from Daytona, he played a Lugia GX since there were several ADPs who played the Lucario & Melmetal GX. Since not many people play that card anymore, Xerneas best fits this slot in my opinion. Especially with Malamar picking up popularity, Xerneas is very useful as you can heal all the damage that is sitting on your Gardevoir & Sylveons.

Playing Cherish Ball makes the most sense because we do not play the Omastar, so it can search out any Pokemon in the deck.

After seeing Dean Nezam’s list from Daytona, Great Potion seemed very good vs things like Malamar and ADP. Playing the Potions over Mallow & Lana for a turn seems really good as a healing out.

Mewtwo has been very popular at my cups so this card has been super useful. Versus Malamar, it is also good if they play the Gengar & Mimikyu GX or the Trevenant & Dusknoir GX. Blocking damage from their attacks is highly impactful on the outcome of the game.

The Amulet is good in the matchups where Xerneas GX is not as useful. For example, versus Ability Zard, all of their Pokemon are capable of one-shotting the Gardevoir & Sylveon GXs.

This matchup is favorable for the Gardeon player because of the two Psychic Charms and the four Power Plant. Most Mewtwo lists just play the Reshiram & Charizard GX and some play the Greninja GX (which only hits for 130). Xerneas GX does not do anything in this matchup, but the Amulet is very useful, as it requires them to knockout 3 Gardevoir & Sylveons to win the game.

This matchup is extremely favorable as Gardeon plays so many healing cards as well as the Xerneas GX. The matchup does take a long time as you are only knocking out one prize Pokemon and they have to hit the Gardeons multiple times before a knockout can be taken. If the Malamar player is playing a Garchomp & Giratina GX however, it can be a little more tough as they can hit for 220 damage after something like a spell tag.

This matchup is pretty close, as it has always been. As long as the ADP player is not playing a Lucario & Melmetal GX, then the matchup should be pretty simple. You can get an easy one shot on the ADP and then follow it up with a one shot on Keldeo GX, after playing down a Power Plant. If there is a Chaotic Swell in play, then the Gardeon player has to find a Faba and a Power Plant in the same hand to attack into the Keldeo GX. The problem with this is that ADP plays two Reset Stamp usually, so they can make it harder for you to pull off the combo.

Ability Zard isn’t a matchup I am usually worried about, but if the deck sees a rise in play, then I would consider not playing Gardeon. The Amulet does help this matchup a lot though, as you can Stamp the Ability Zard Player late game, when their deck doesn’t have many outs to it. Combined with a Power Plant, the Stamp can be detrimental to Ability Zard, which is why I believe the matchup isn’t too unfavorable.
These four decks have been the most popular decks we have seen at the past cups, and with Gardeon taking decent matchups versus all of them, I believe it is a good play for the rest of the time we have in the standard format before Sword and Shield comes out.
I know in my last article I talked about Zoroark Garbodor in expanded and how it was my favorite deck. I still believe it is a very good play for Dallas regionals, but I have recently been testing a lot of Dark Box. Dark Box has been around in the expanded format for a while, but now with most of the control decks gone, I believe it is very strong and a good contender going into Dallas. Below is my current list that I have, card explanations, and some important matchups that we see in expanded:
Pokemon - 16
2 Shaymin EX ROS
1 Darkrai EX LTR
2 Darkrai GX BUS
1 Greninja & Zoroark GX UNB
1 Guzzlord CEC
1 Mega Sableye & Tyranitar GX UNM
2 Sneasel UPR
2 Weavile GX UNM
1 Umbreon & Darkrai GX UNM
1 Sudowoodo GRI
1 Dedenne GX UNB
1 Mew FCO
Trainers - 32
2 Battle Compressor
4 Dark Patch
1 Dowsing Machine
1 Field Blower
1 Hypnotoxic Laser
4 Max Elixir
3 Trainers’ Mail
4 Ultra Ball
4 VS Seeker
3 Sky Field
1 Colress
1 Guzma
1 N
2 Professor Sycamore
Energy - 12
12 Basic Darkness Energy
*If you guys need any cards for this deck for the Pokemon TCG Online, make sure to check out our codes right here at PoTown Store!

Unlike other Dark Box lists, my list plays several different attackers that are used in certain matchups, so playing a 2nd one of these does not make much sense. If it is prized it isn’t a very big deal, however it is a very strong card.

This is a new card to come out in Cosmic Eclipse that I believe is a strong inclusion in this deck. Versus any one-prize attacking decks, it is extremely useful in swinging the prize trade in the Dark Box player’s favor. One matchup specifically would be versus Ultra Necrozma. The Guzzlord can one shot every attacker in their deck.

I believe that this card is very underrated in Dark Box, and that it is almost necessary to play. It is the main attacker in any matchup where there are other GXs that cannot one shot it, such as versus Zoroark Garbodor. This card heavily swings the matchup in Dark Boxes favor as all you need to do is knockout two Zoroark GXs to win the game.

Most Dark Box lists play just a 1-1 line of Weavile GX, but I believe that 2-2 is necessary as EggRow is rising in popularity. With the Umbreon and Darkrai GX, Mega Sableye & Tyranitar GX, and the Guzzlord, a 2-2 line seems necessary in pulling off all of these attacks. If you have to discard a piece early or prize a piece, then you still have the other pieces in your deck to work with.

This card is mainly used vs any matchup that plays other large HP attacking Pokemon. Versus Gardeon, you can take an easy one-shot early game and not let them play any trainers during their next turn. Since we only play one Hypnotoxic Laser (which is used for the Dead End GX attack on Darkrai GX), the Umbreon & Darkrai GX is a good substitute. The Black Lance attack is also very useful as it can slowly weaken other GX Pokemon on the bench.

This card is useful in several different matchups, such as mirror, ReshiRom, and Mega Rayquaza. Mainly for mirror, it stops your opponent from popping off and attaching an absurd amount of energy. Without Sudowoodo, you are likely losing the Dark Box mirror, which is very important in my opinion.

This matchup can go either way as it is very dependent on who draws better. If the Gardeon player misses their Wonder Energy, then you can clean them up with Darkrai GX’s GX attack or Umbreon & Darkrai GX’s GX attack. If they have the Wonder Energy, then you need to go for a big energy board and attack with Greninja & Zoroark GX. This is why the matchup can be draw-dependent on both sides.

I explained this a little earlier with the Mega Sableye & Tyranitar card, but you pretty much just use the it the whole game and maybe a Greninja & Zoroark GX if it gets sketchy. Their plan is to late game N+Garb you and hope you do not dead draw off of it. If you thin your deck properly, the matchup should be fairly easy.

This matchup tends to be pretty close, really coming down to how well the Ultra Necrozma player can stream their attacks. You usually do not want to bench more than 1 Shaymin EX/Dedenne GX as they can easily Guzma them up and take a free two prizes. Finding your one Field Blower and one of your three Sky Field is also important since they are all outs to Silent Lab or the Garbotoxin ability.

Since we are playing a 2-2 Weavile GX line, their basic lock Vileplume does not do that much. I have played this matchup several times on the Pokemon TCG Online, and it is pretty easy. EggRow is naturally a slow deck and if Dark Box pops off on the first turn of the game, then it is tough for EggRow to keep up.

This is probably the most important matchup that the 70 HP Sneasels play a role in. Many other Dark Box lists play the 60 HP one, but it is such a disadvantage in the Mewtwo matchup. You only want to bench one Sneasel at a time to play around their Alolan Marowak’s GX attack. Also, if you pull of a Dark Moon GX attack combined with a sky Field, it puts Mewtwo in an awkward position as they can only attack one energy per turn and cannot play any trainers from their hand. If you set up well, the matchup should be easy.

With Dallas Regionals right around the corner, I believe Dark Box is a strong play and can deal with pretty much every deck in the expanded format if it draws well. If you have some standard cups coming up, I would highly consider Gardeon as it can deal with most decks if played correctly. You can test either of these decks on the Pokemon TCG Online. If you need to purchase any codes from sets in standard or expanded, be sure to check out our selection here at the PoTown Store. With that being said, I hope you guys enjoyed reading this article and my thoughts on the current two formats in the Pokemon TCG! This will be my last article in 2019, enjoy the holidays!
SHARE THIS POST
Previous Post
Next Post 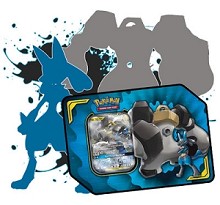 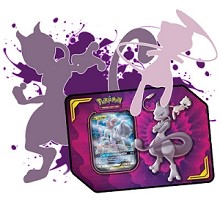 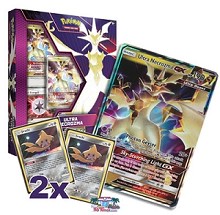 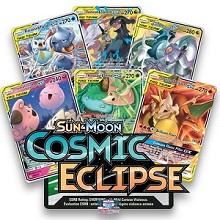