Posted by Pokemon TCG trainer on 4/30/2021 to Deck Lists
Alola Trainers! With Pokemon’s 25th anniversary in the books, a Post Malone concert sliding by, and a bunch of new announcements released for the franchise, we didn’t get too many new things regarding the Pokemon TCG. Some Trainers are looking to hunker down and practice their favorite deck to optimize their chances of winning, while some others want something new and refreshing in this format and are looking for a creative twist. Well, Trainers, I’m definitely bringing you the latter today! Andrew Mahone recently did an excellent job creating this new Dragapult hybrid deck we’re going to talk about today, so let’s hop to it!

The main strategy of this Dragapult deck is to setup a turn two Dragapult VMAX and spread damage onto your opponent’s threats evenly. Since you have such high HP, you’ll be able to get a ton of damage into play with multiple attacks. Then, using Persian’sGathering of Cats ability, you can use Espurr’s Ear Kinesis attack to deal 20 damage for each damage counter on your opponent’s Pokemon. This attack will let you hit very high numbers with a single Prize Card Pokemon, and not only that, but it gives you a pivotal attacker while you setup another Dragapult. It is important to note that Espurr attacks completely for free with Persian in play, which means you don’t have to devote a single energy card to it! The best part about this strategy is that it’s so low maintenance, and can really foil your opponent’s plans by making them hit into a single Prize Card attacker. I’m sure you’re super curious as to how the list looks, so let’s jump over to that! 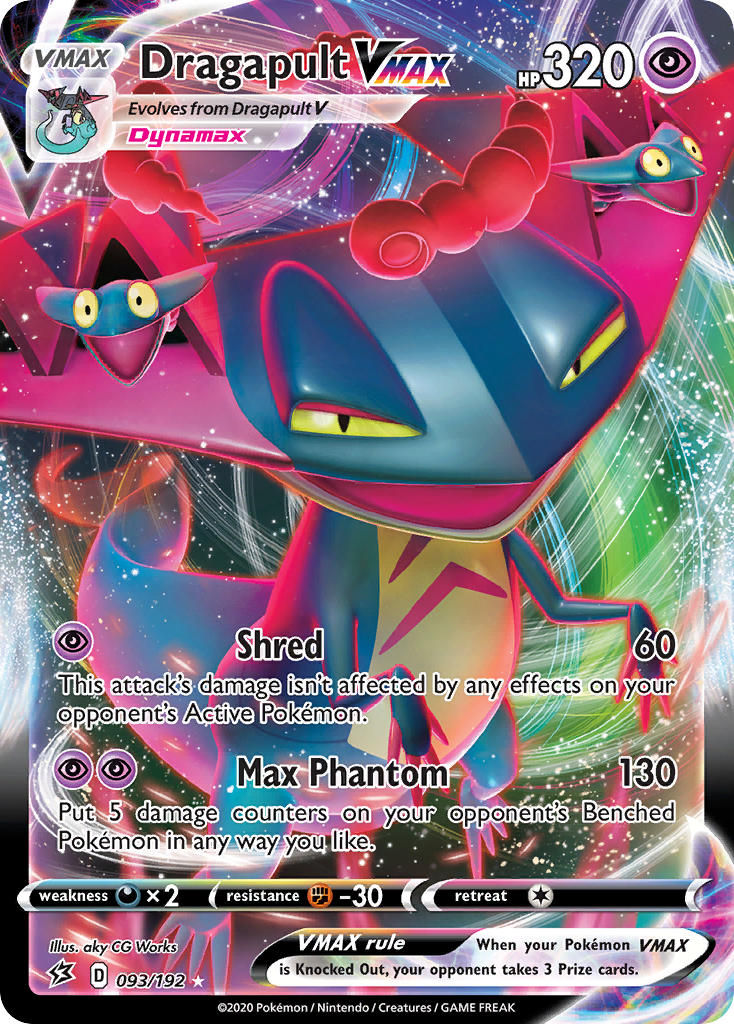 3 Dragapult VMAX – Ah, the main attacker within our deck! This VMAX is one of the first ones to initially come out. However, it is one that packs a punch. Psychic-typing is very nice in our current metagame, as you’re able to hit Mewtwo and Mew TTGX for x2 weakness! All the while, your weakness is Dark-type, which isn’t that common except for Eternatus. Eternatus VMAX will be able to OHKO you, so you’ll have to play that matchup very carefully. Dragapult VMAX has two attacks, and they’re very key; the first one, Shred, does 60 damage and lets you hit through any effects on the opponent’s active Pokemon. This means we can deal damage directly to something like an Altaria CHP, a Decidueye DAA, or even a Zamazenta VSSH. Having an attack that ensures damage will go through at all times is a useful tool in our arsenal.
The main attack we’ll be announcing is Max Phantom, though – coming in at only two Psychic Energy to attack, we hit 130 damage on the active and are then able to place 50 damage on our opponent’s bench however we like. While 180 total damage doesn’t seem ideal (or potent enough), I promise you it is. Since you control where those 5 damage counters are placed, you tend to take very efficient KOs that normally would be overkill. As long as you are very careful with your placements, it would be best if you usually come on top of the prize trade. Dragapult is very good at picking off low HP bench sitters and absolutely destroys Evolution-style decks since their Basic they most evolve from is so frail. Our 320HP is generally high enough to the point where we can withstand 2-3 hits from the opponent, which will allow us to get off 2-3 Max Phantom attacks per Dragapult. That means we can expect 4-6 Max Phantoms minimum per game, which is A LOT of damage being pumped out! This is probably my favorite VMAX printed, and while its strengths take a moment to see, I assure you this card is very potent. 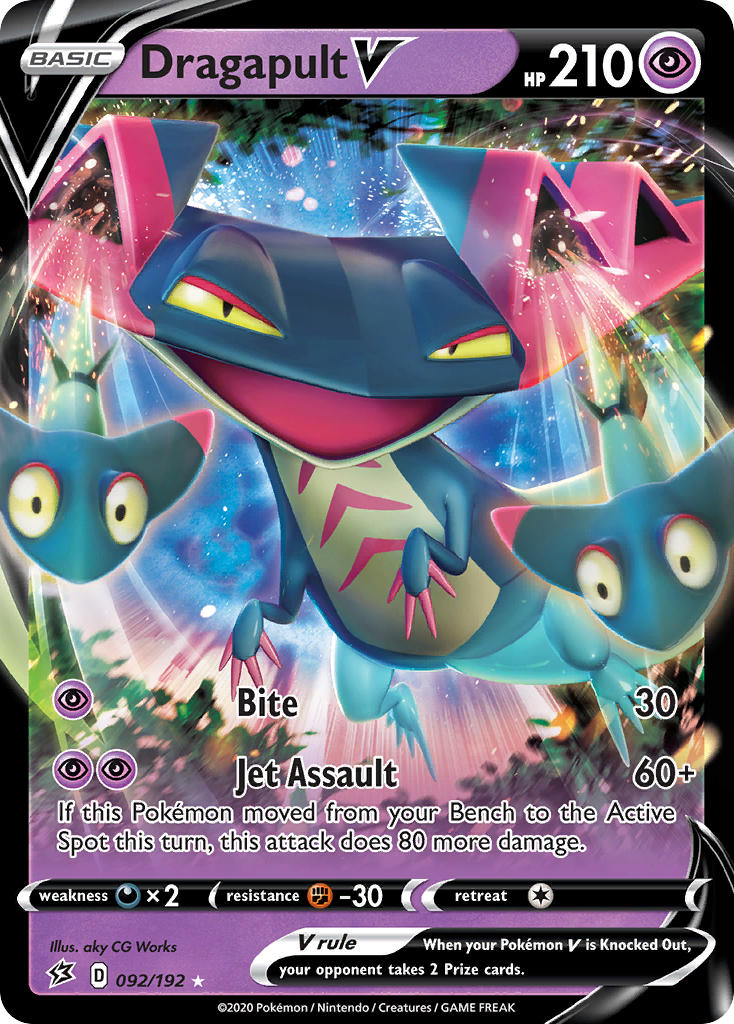 4 Dragapult V – While this is only the Basic V for our deck, I wanted to touch on Dragapult V as a card because I firmly believe this is one of the stronger V Pokemon that has been printed. Barring Zacian V and Zamazenta V, Dragapult may be one of the top 5 most aggressive V Pokemon and can definitely hold its own. Jet Assault being only two energy and able to hit for 140 damage, feels super good, especially when you factor in how many switching cards this deck plays (Scoop Up Net, Switch). You can take down a Zamazenta V sometimes with Dragapult V with a swift 2HKO. Sometimes, in order to make a game last longer prize trade-wise, you can attack with a Dragapult VMAX, go into a Dragapult V, and then use a Dragapult VMAX as your final attacker to really stretch it out – although usually, you’ll want to get an Espurr or two in there. Also, Bite for 30 damage on turn one feels really good against some Pokemon and can setup future KOs. 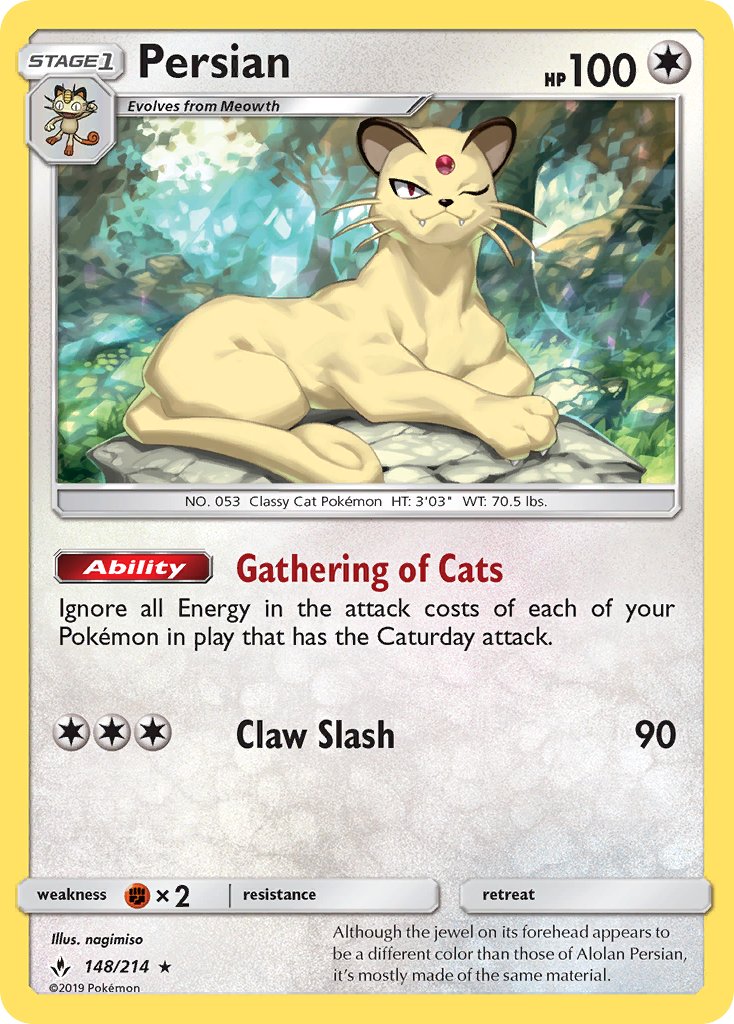 2-2 Persian – Let’s get to the real reason why we’re here: Persian in a Dragapult deck? There are two main points to note about this card. One, it has a free retreat and serves as a perfect pivot Pokemon on our bench. Two, it satisfies Espurr’s attack cost. That’s all. 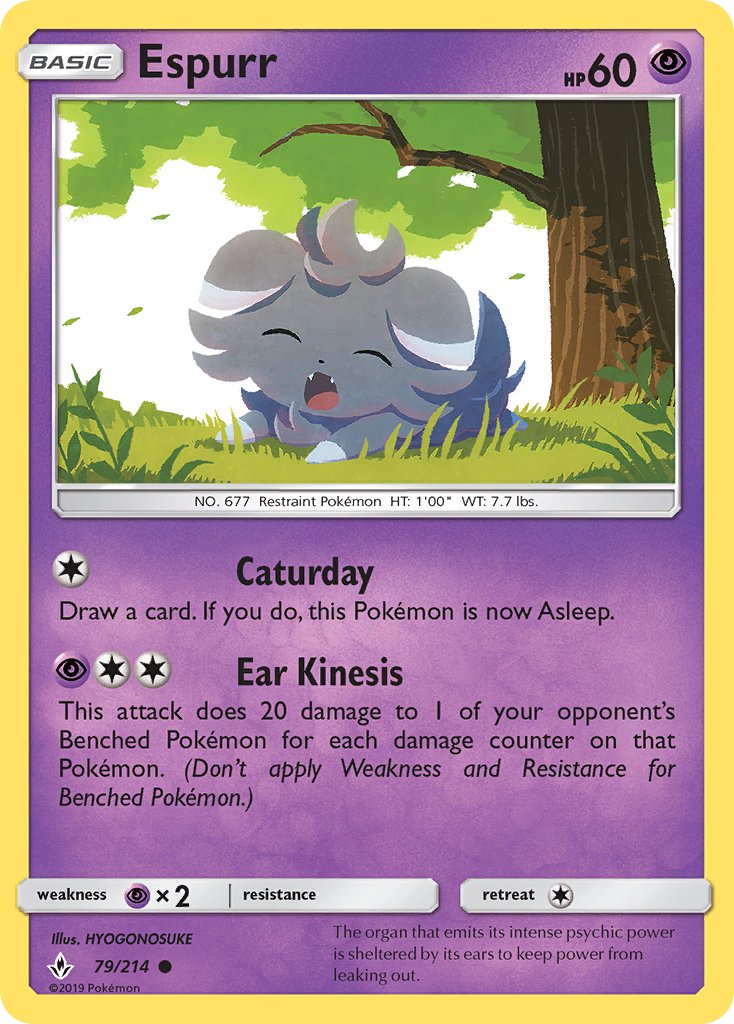 2 Espurr – This is the real danger in this deck, Espurr! Espurr does an excellent job of taking brisk KOs on heavily damaged Pokemon, especially since its Ear Kinesis attack is fueled by Persian’s Gathering of Cats ability. Espurr does a great job of being a “Boss’s Orders” in a weird way because it can hit things while they are on the bench. Now, Ear Kinesis can’t hit things while they’re in the active position, so at times we may need to push our opponent’s active to the bench by using Phione or Boss’s Orders. Espurr only gives up a single Prize Card, and gives us time to setup other Dragapults, so the two attackers make a perfect combination! 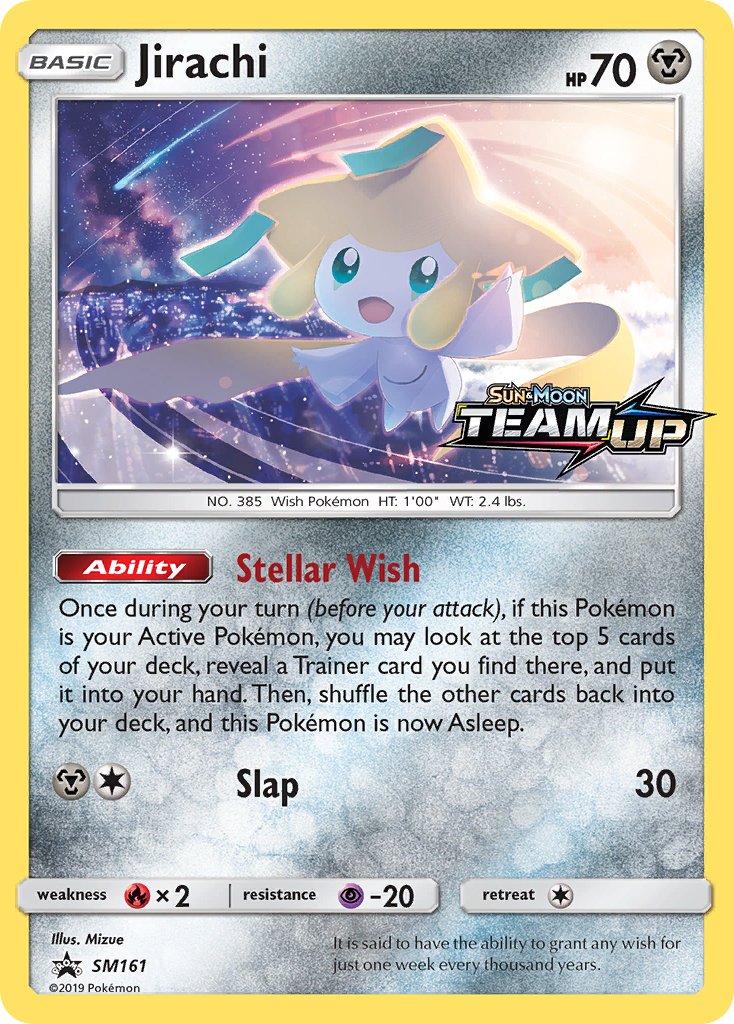 3 Jirachi – Since we include four spots to Scoop Up Net, we want many Pokemon that we can abuse with it. Jirachi is one of those excellent cards with its Stellar Wish ability, being one of the sole cards in our deck dedicated to setting up our field. This ability helps us to set up both our Dragapult VMAX as well as our Persian and can help us hit key cards at certain points in the game (e.g., a Reset Stamp in the late game to bring your opponent to a 1-card hand). Jirachi is also a good pawn to take a hit while we attach energy to our Dragapults on the bench. 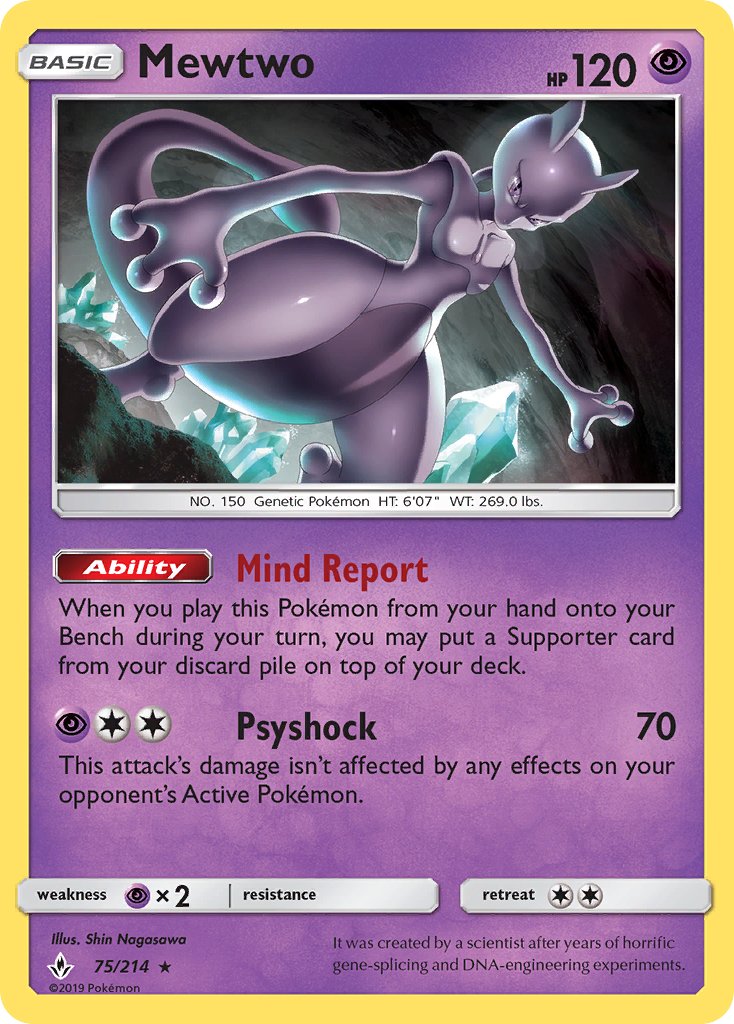 1 Mewtwo – This is another important inclusion in our Scoop Up Net “engine” – being able to bring back Supporter cards (and more importantly, stack them on top of your deck) is a HUGE ability that can make you Marnie-proof at essential points in the game. This ability is nothing to scoff at and can help you get out of a dead draw period in a pinch! Mewtwo is most importantly good at recycling Boss’s Orders, considering we only play two copies. Being able to have upwards of nine Marnies in a game is just a surreal feeling and will allow you to consistently disrupt your opponent’s hand at all times. This card has insane synergy with Oraguru (Primate Wisdom); however, we just don’t have the bench capacity in this deck to include it in. Otherwise, we would! 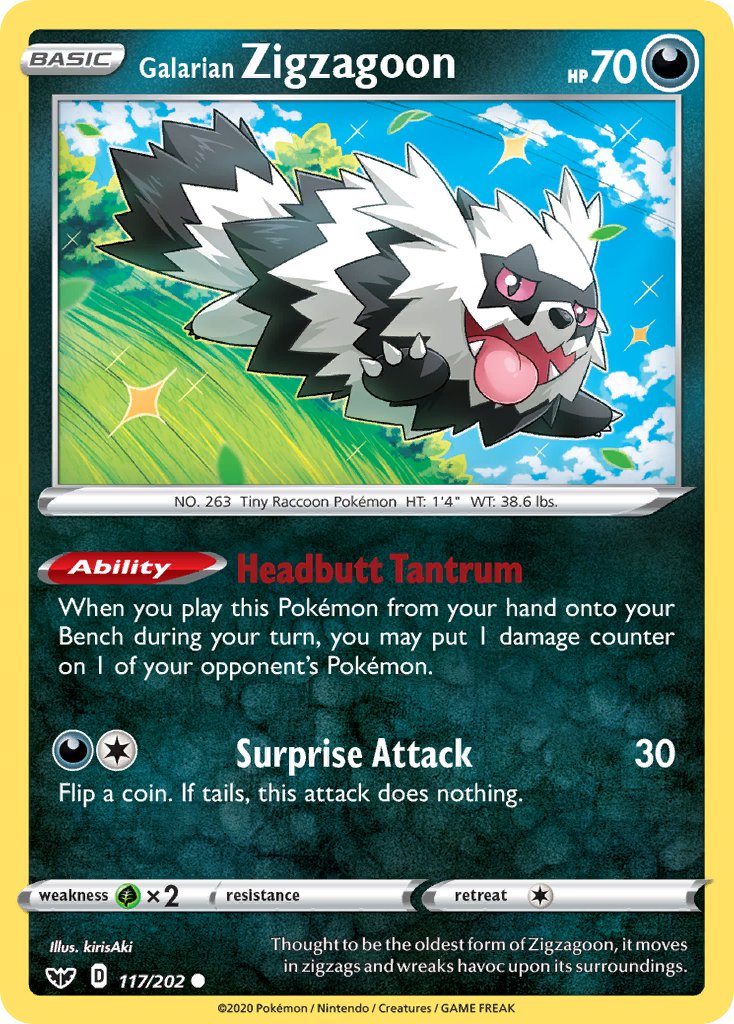 1 Galarian Zigzagoon – Ah, yes, one of the best cards in the entire deck. Zigzagoon is a very key card in our deck that is yet another Pokemon abusable via Scoop Up Net. Being able to ping 10 damage anywhere on the board is no joke, and since this is on a basic Pokemon, it can happen consecutively turn after turn! 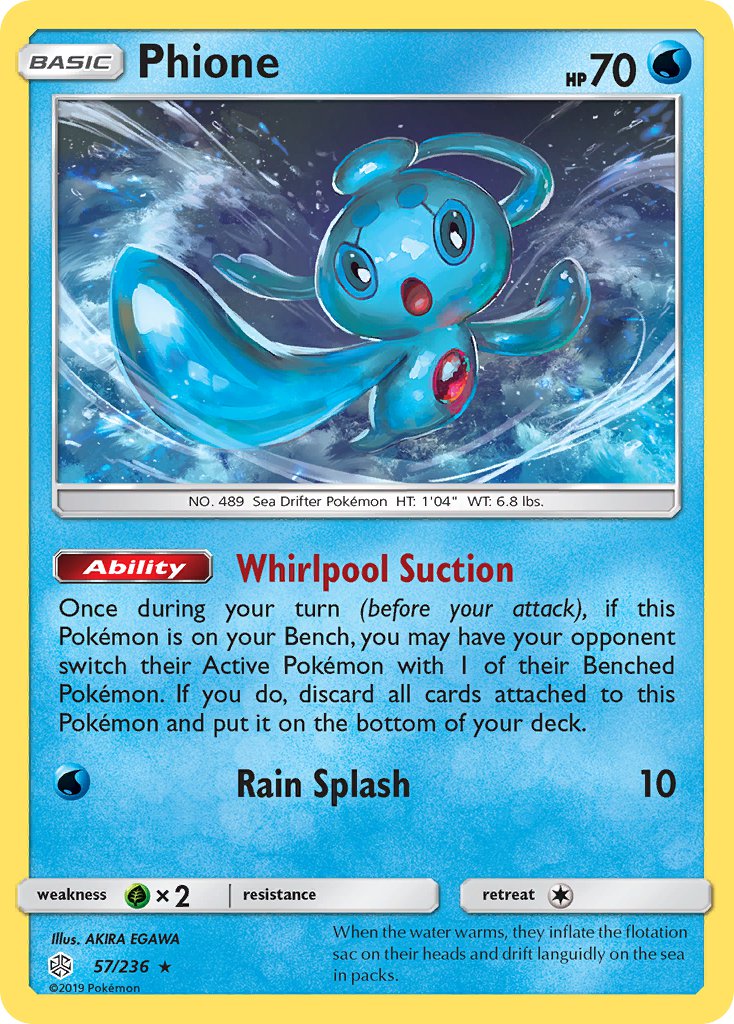 1 Phione – This is kind of like another copy of Boss’s Orders and is a very situational card, but in this deck specifically, it must be included. We use Phione to push certain Pokemon to the bench so that we can maximize where our damage is being spread with Dragapult. We also push our opponent’s active Pokemon to the bench so that we can hit it with Ear Kineses (because Ear Kinesis can’t hit the active slot).
2 Reset Stamp –I really like playing two of these, as they work fantastically with our Pokemon’s durability. Reset Stamp is a resource we typically save for the late game, and when you’re spreading damage, the game is typically going to go pretty long. A staple in Dragapult decks, this disruptive card is a mainstay.
4 Pokemon Communication – Since we are effectively trying to setup two Stage 1s on the field, it is vital we have a way of searching out evolution Pokemon, and Pokemon Communication is the best way to do that within our deck.
4 Horror Energy – This card is one of the best buffs Psychic Pokemon have! This card is essentially Rocky Helmet, and a Psychic Energy smushed together, which indeed make a great combo. Especially since we do a lot of spreading in this deck, we can always take the extra damage from Horror Energy. Pro Tips: You can actually stack this card, meaning if you have two Horror Energy attached to a Dragapult and the opponent attacks, you’ll deal 4 damage counters to their active Pokemon!

I’m sure you’re already running to your computer and loading up your PTCGO Codes as we speak, so I’ll let you hop to it. Dragapult VMAX will be a fun deck with BAS (and it could get really strong due to future threats being weak to Psychic-types), so you might need some more Pokemon Online codes in order to build this deck. This deck shouldn’t cost a crazy amount of packs, so why not consider getting your PTCGO codes from our website?
If you’re looking for codes for Pokemon TCG online play, feel free to pick some up in our shop. We offer Pokemon codes at a very competitive price and ensure instant delivery of your PTCGO codes directly to your email. Thank you for reading this article, and have a great day.
SHARE THIS POST
Previous Post
Next Post 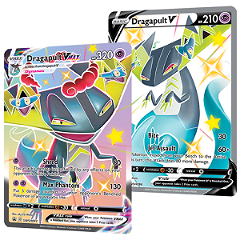 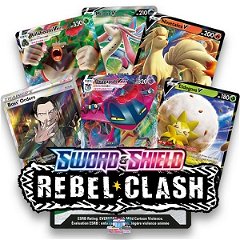 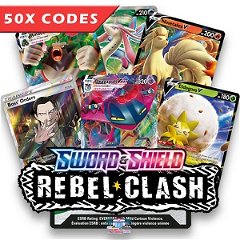 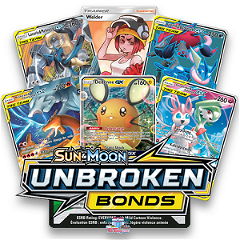