Posted by Tablemon on 1/12/2023 to Articles
Alola trainers! Welcome back to the PoTown Store Blog! San Diego Regionals just took place this past weekend, and we had a very cool tournament with a very nice variety of decks placed at the top. Even though the metagame featured a whopping 33% usage for Lugia VSTAR decks, there was only one featured in the Top 8. I myself managed to make the Top 8 with my Amazing Rare Rayquaza Lost Box deck, but I was beaten by the Arceus VSTAR / Duraludon VMAX combination. Let's check out which decks were the best at the San Diego regionals!

This deck’s strategy is to wall Special Energy-based decks with Duraludon VMAX’s Ability: Skyscraper, which prevents all damage done to it by Pokemon with Special Energy attached to them. 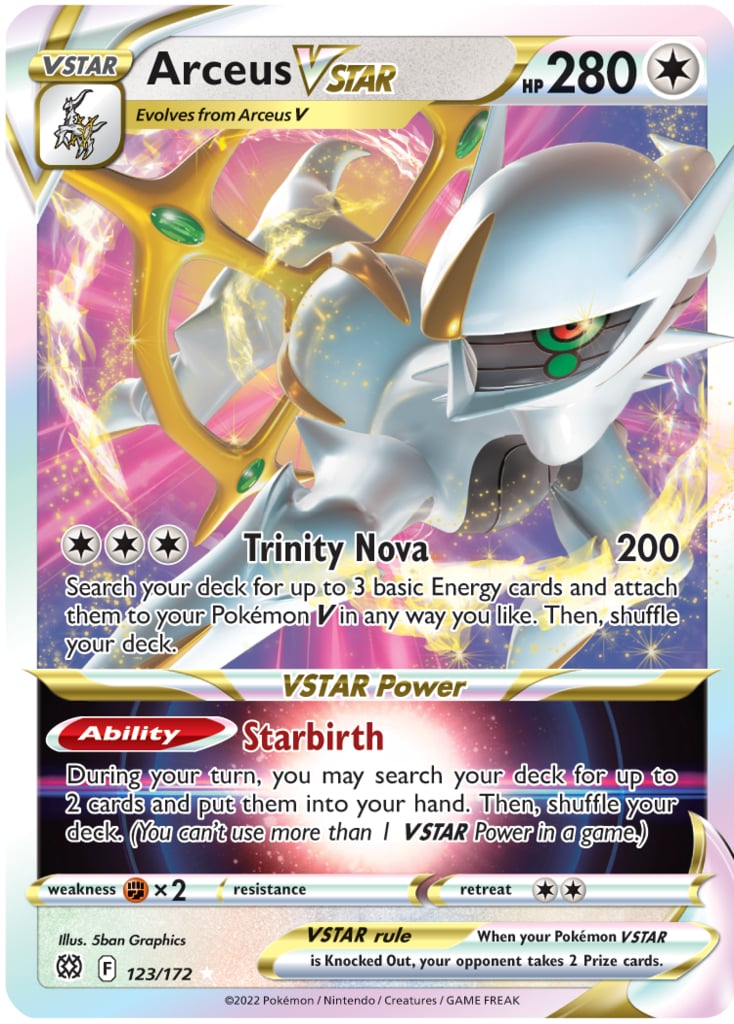 The deck relies on Arceus VSTAR Trinity Nova attack to power up Duraludon VMAX on the bench, and it usually wants to keep its bench slow to force an opponent to go through 1 Arceus VSTAR and 2 Duraludon VMAX. This forces your opponent to essentially play as if they had 8 prizes total instead of 6, which becomes very difficult on a lot of decks and their resources.
While the 3rd place deck has not been published yet, here is a sample list that is probably very close to what Grant Shen placed 3rd with at the Regional Championship: 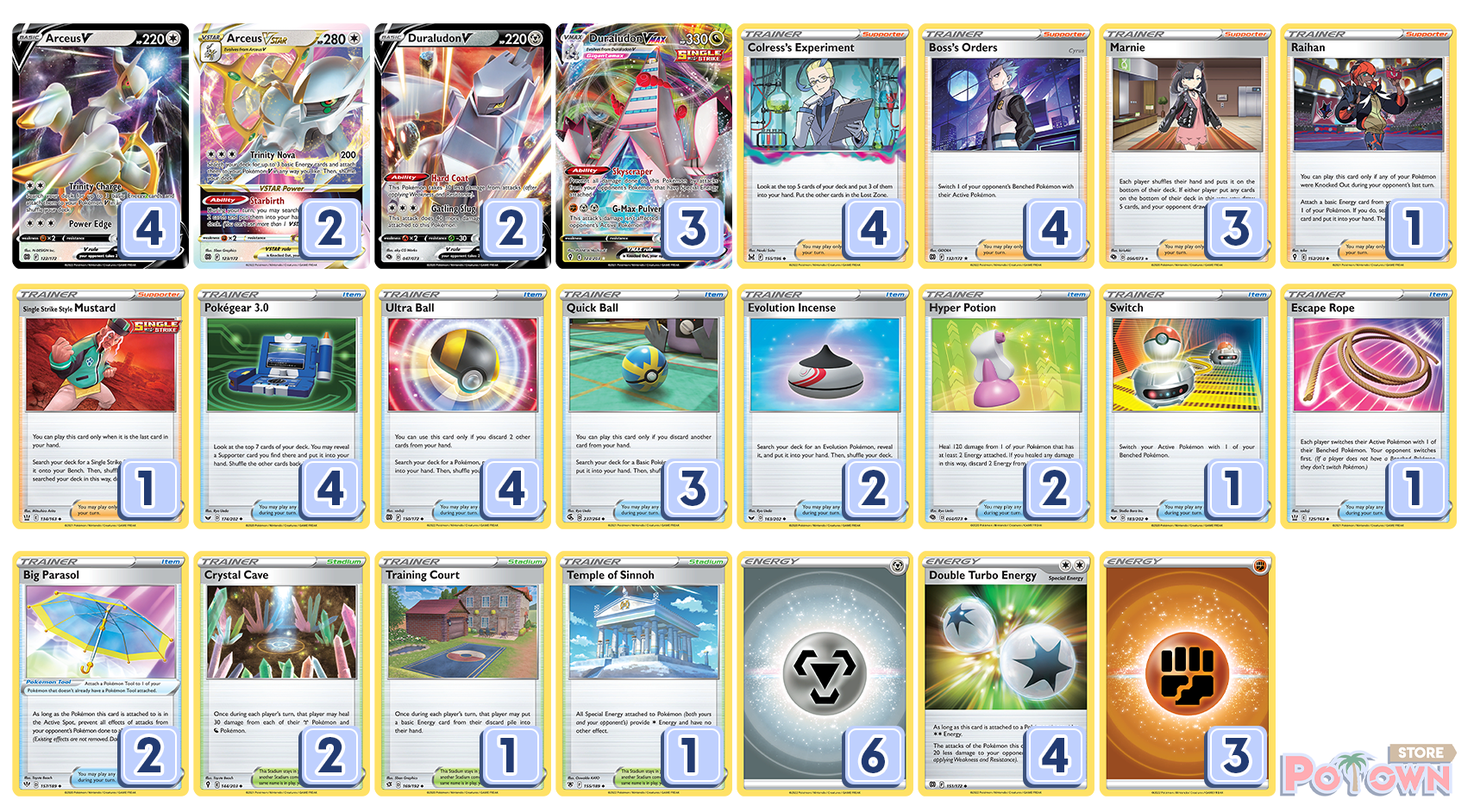 The deck is very straightforward in its strategy, keeping it simple with powering up, continually attacking, pursuing the right threats with Boss’s Orders and occasionally healing through the use of Crystal Cave and Hyper Potion. 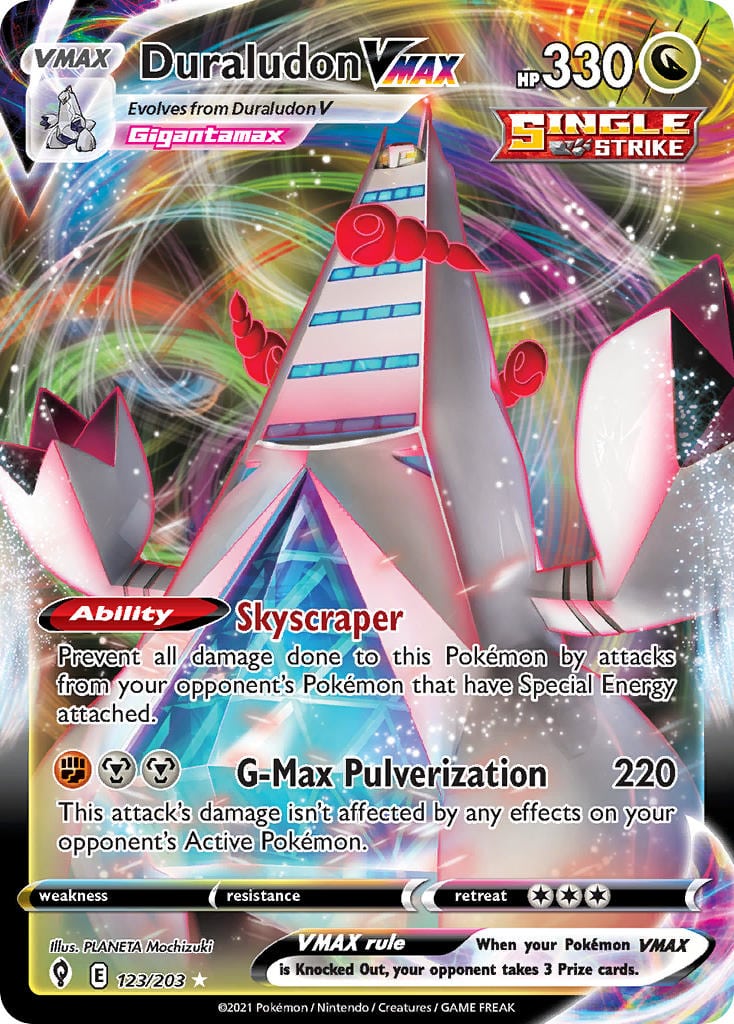 The deck features an interesting 2-3 line of Duraludon VMAX, as you only need to set up 2 Duraludon VMAX throughout a game. However, in case one of the basics ends up in the prizes, you can always use Single Strike Mustard to set it up directly onto your bench. Getting down your hand to a single card is actually quite simple with the use of Arceus VSTAR’s Starbirth Ability. 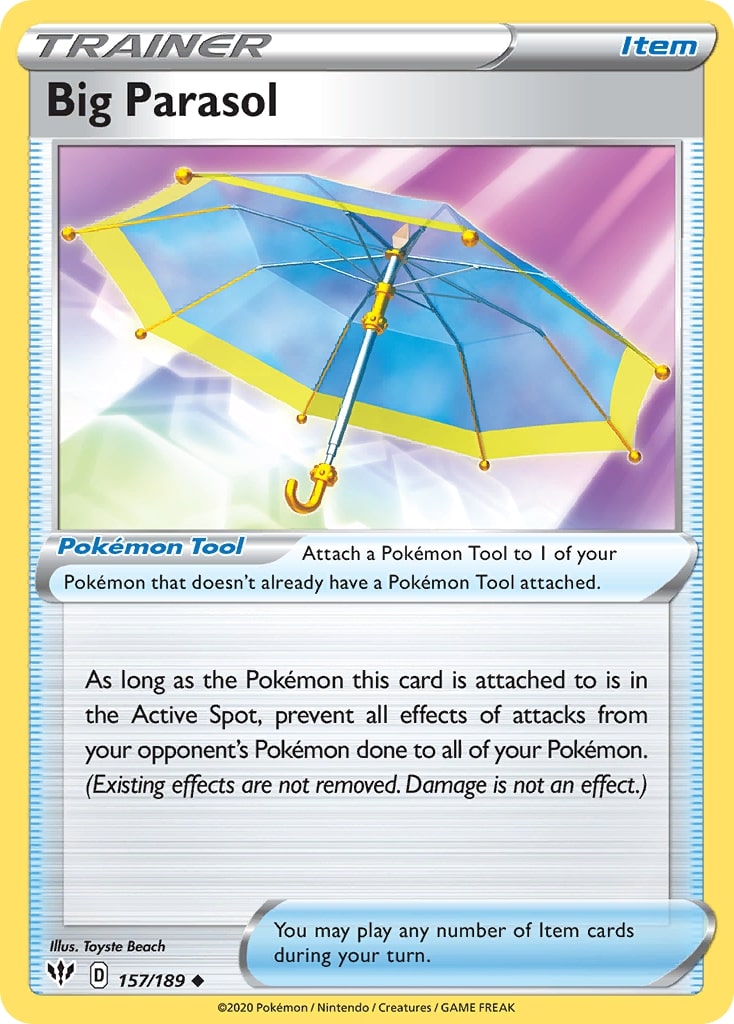 It also uses Big Parasol as a way to protect against Amazing Rare Yveltal which is the only Pokemon in a Lugia VSTAR deck that can take it down.
Despite Duraludon VMAX’s obvious use as a Lugia VSTAR counter, it can hold its own against pretty much every deck out there with its high HP, powerful attacks and continuous Marnie disruption along with Boss’s Orders pressure.
Building this deck is also very easy on Pokemon TCG Live with Brilliant Stars and Evolving Skies PTCGL codes.

Mew VMAX has been a mainstay at the highest level of competitive Pokemon since it’s release, and despite there now being a hard counter in Drapion V, it continues to perform well in every tournament. 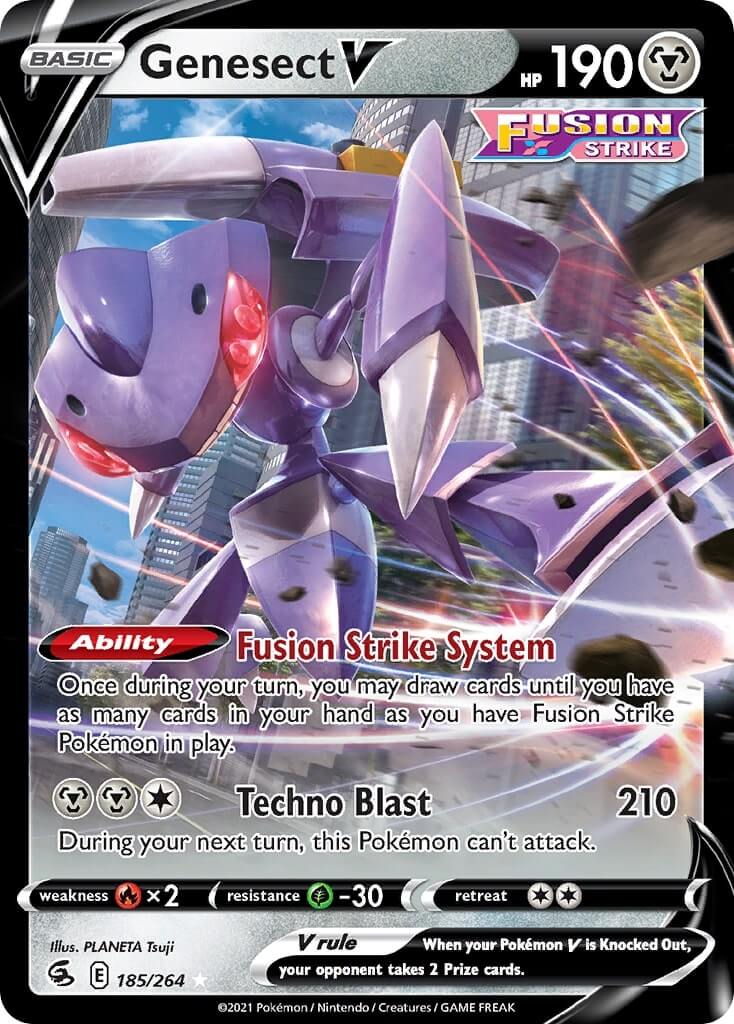 The deck’s draw engine through Genesect V’s Fusion Strike System also means it can add a lot of different cards to adapt to the metagame, all the way from Lost City to Path to the Peak, which even though it hurts the deck, it can also hurt an opponent more and you can control its use through the use of Lost Vacuum.
While the 2nd place deck has not been published yet, here is a sample list that is probably very close to what Nathan Ginsburg placed 2nd with at the Regional Championship: 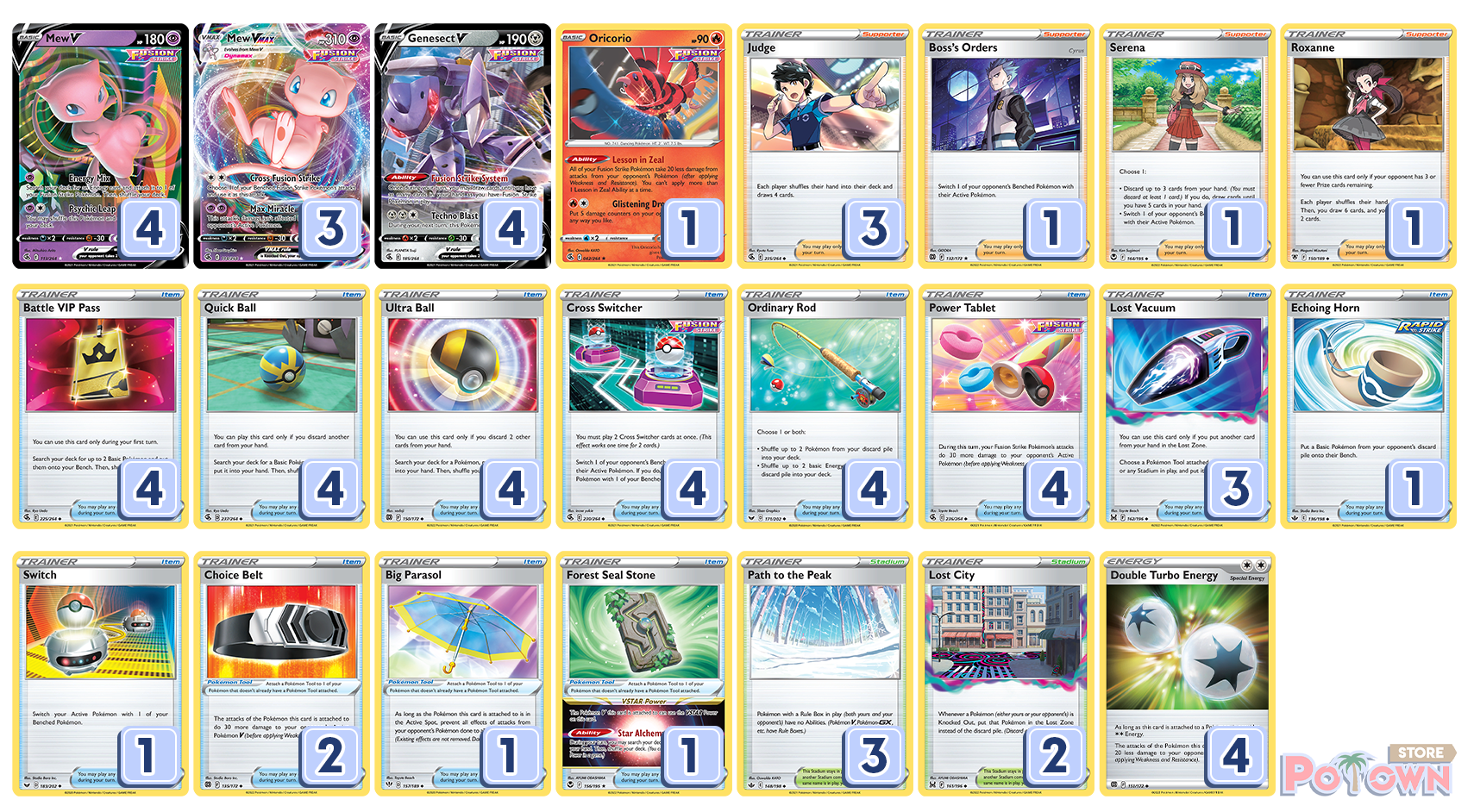 This deck has evolved to be very aggressive with its disruption cards, playing heavy Judge counts and Path to the Peak to disrupt Ability-based decks, along with Lost City to help against single prize decks such as Regigigas or Lost Box. 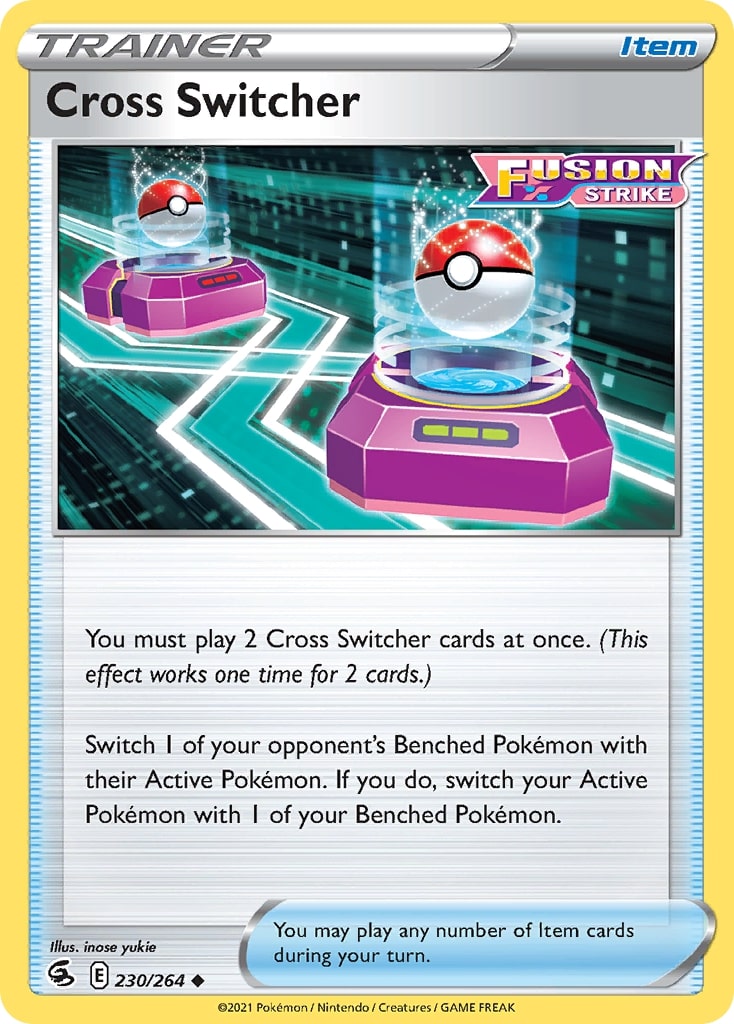 The deck plays a lot of versatile Item cards like Cross Switcher, Power Tablet and Cram-o-matic, which help the deck power up, target the right Pokemon and overall have the right cards at the right time. This is very important not to lose any tempo in the match and continue to pressure your opponent’s Pokemon every turn. 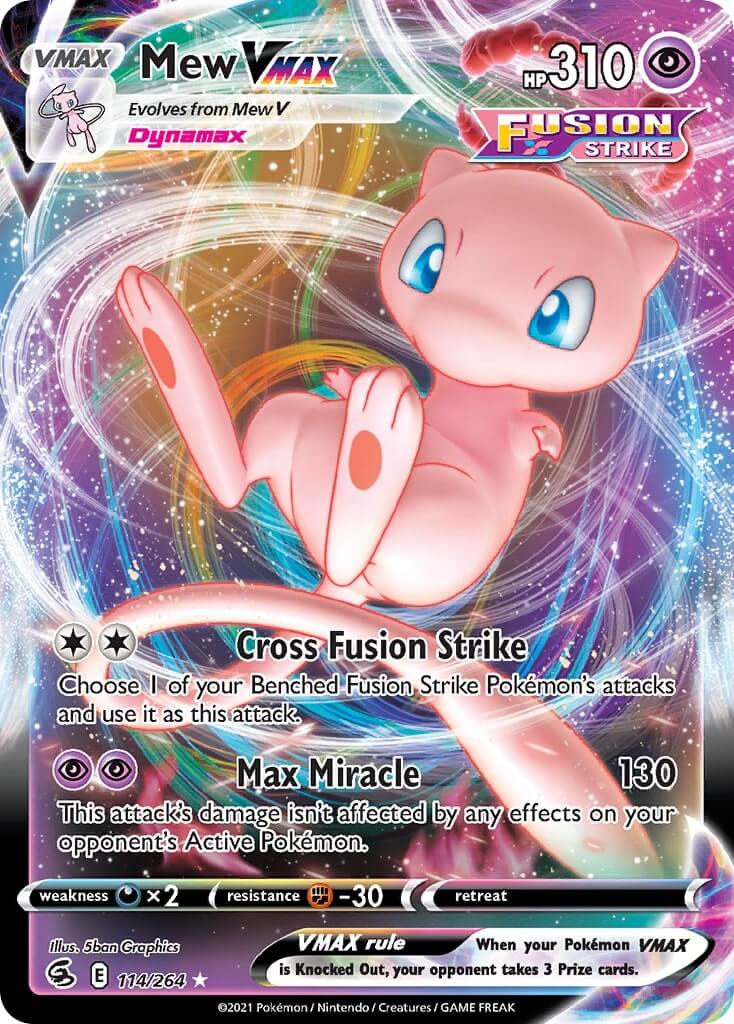 Mew VMAX’s main attack will be Cross Fusion Strike copying Techno Blast over and over, though there are some sneaky plays with Psychic Leap that can help the deck prevent some key KO’s and run your opponent out of resources.
While there isn’t a matchup or matchup that this deck excels at, it’s just a generally very good and solid deck, excellent for any player, beginner or advanced.
Building this deck is one of the easiest online Pokemon decks to build thanks to the Mew VMAX League Battle deck which contains a Pokemon TCG Live code that contains most of the key cards of the deck.

Onto the first-place deck featuring Vikavolt V and a myriad of different attackers, including Raikou V and Aerodactyl VSTAR! This deck was revealed at Arlington, Texas at the end of 2022, where it placed second, narrowingly losing the final to Lugia VSTAR. However, it finally won an event in San Diego. 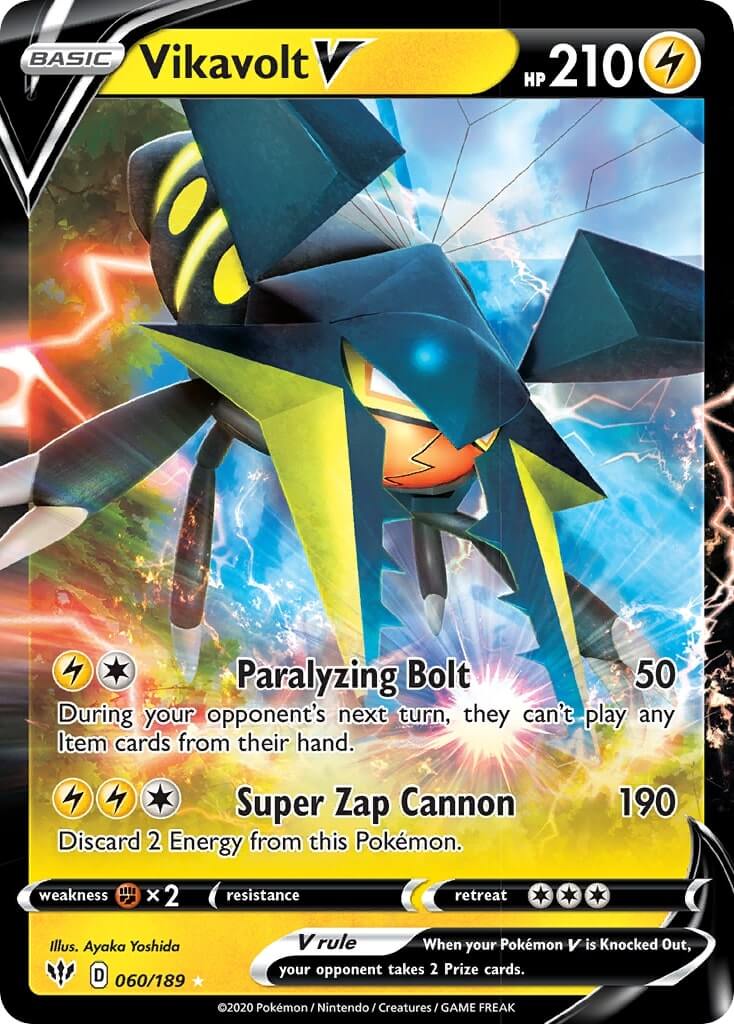 The deck is very versatile in its attackers and the way you approach each matchup can be very different. Sometimes you slow down the game with Vikavolt V’s Paralyzing Volt, sometimes, you’re aggressive with Raikou V’s Lightning Rondo or Aerodactyl VSTAR’s Lost Dive. 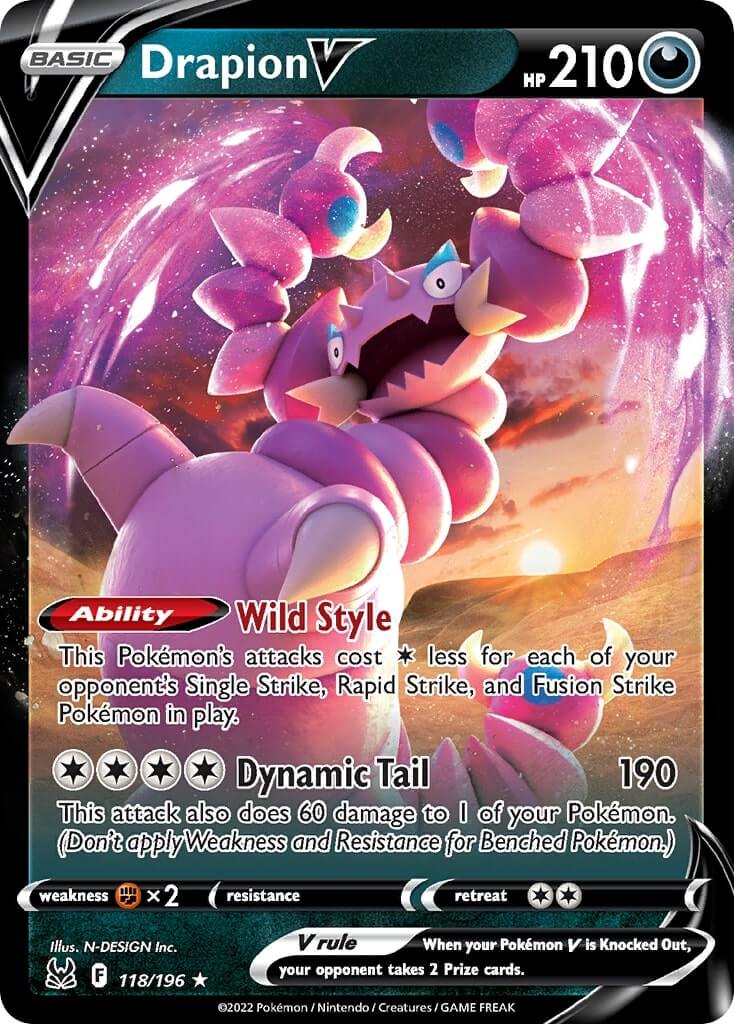 This versatility allows the deck to adapt and succeed in the different matchups whilst having tech cards such as Drapion V to counteract Mew VMAX specifically.
While the 1st place deck has not been published yet, here is the list that placed 2nd at the Arlington, Texas Regional Championship: 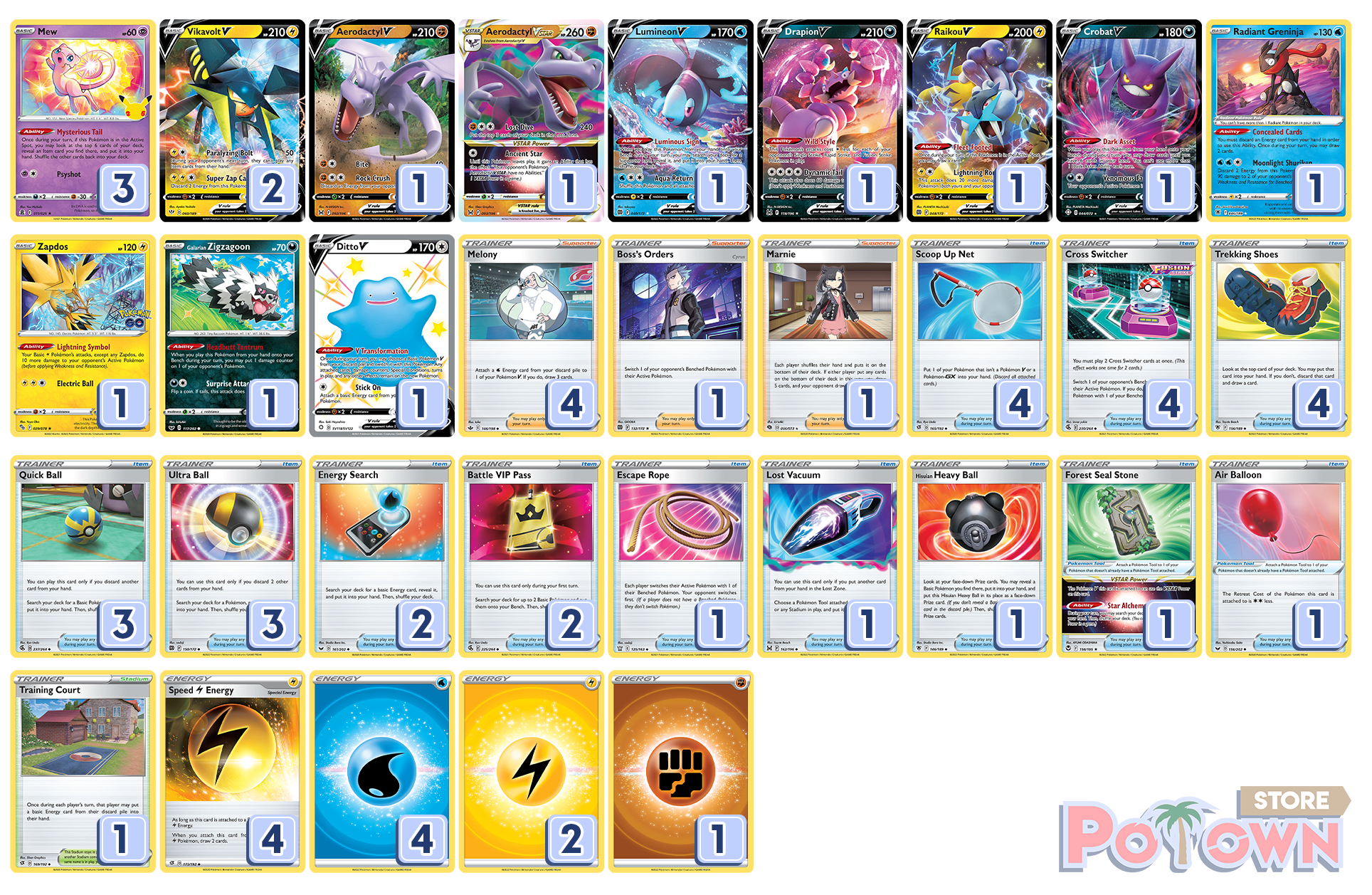 The deck features a lot of acceleration with Trekking Shoes and Radiant Greninja and consistent use of Melony to get more Energy onto the field. The Speed Energy helps access more resources, and the MewCEL helps dig deeper into the deck. 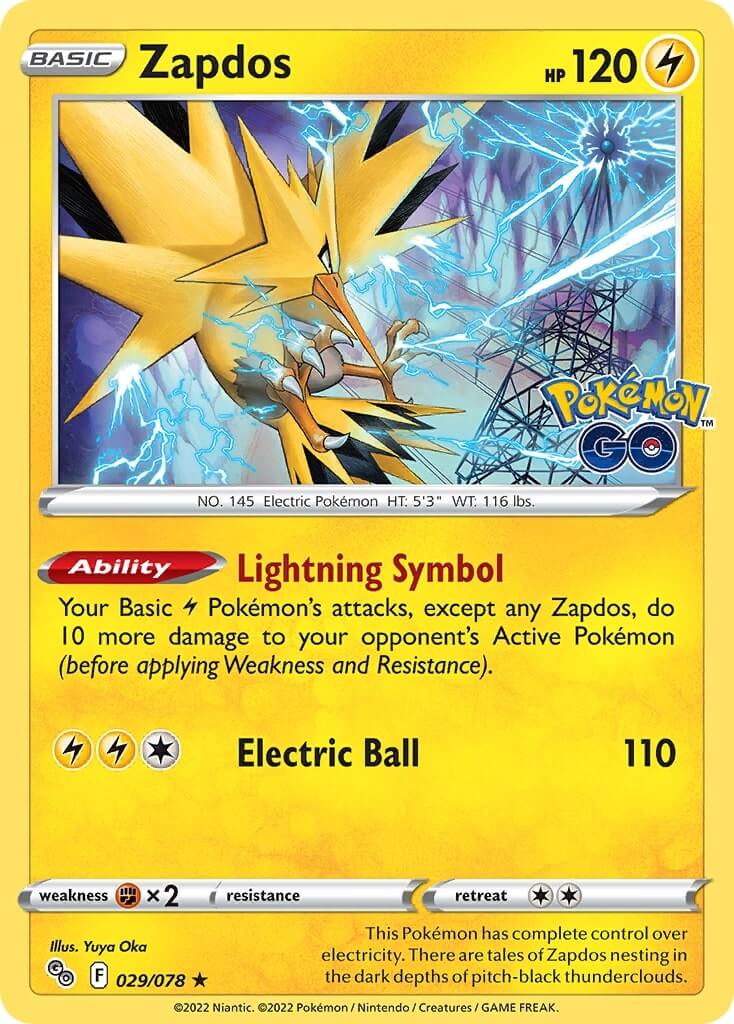 The combination of Zapdos and Galarian Zigzagoon allows the deck to easily KO 70 HP Pokemon like Comfey, and most decks are heavily reliant on Items, and this locking them out of potentially half their deck is a very powerful strategy. 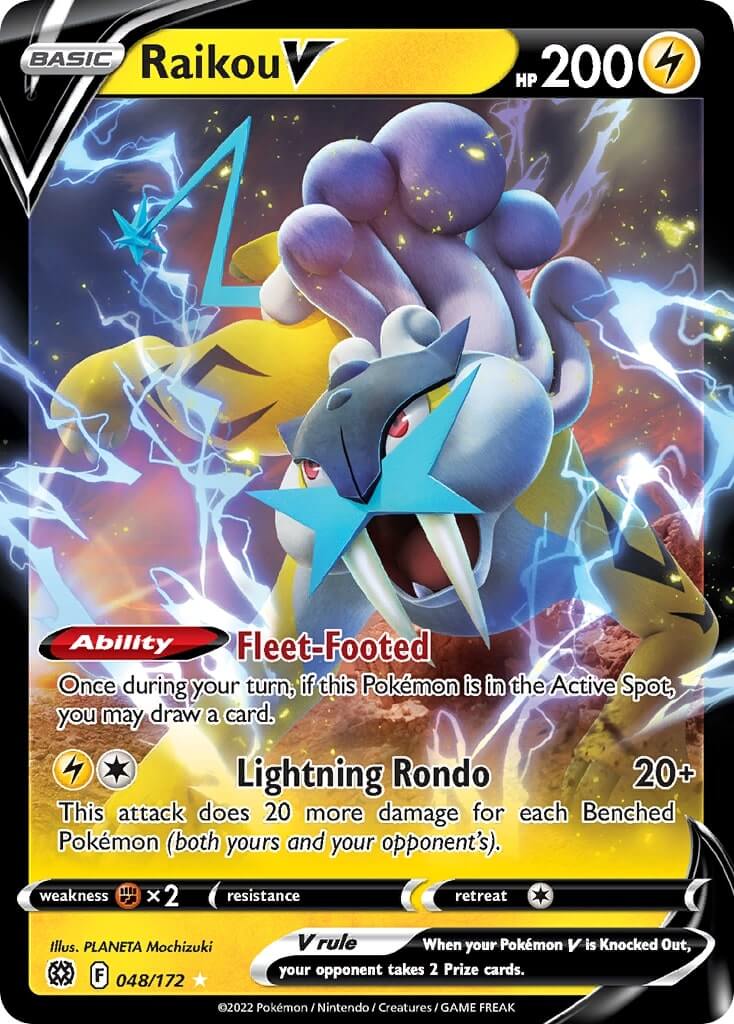 There’s no specific strategy to this deck or even a main attacker, rather, it relies on being versatile and adaptable and being able to switch between control (item lock) and aggression at any turn in order to build an advantage.
The deck featuring Lightning-type Pokemon is no surprise as, once again, Lugia VSTAR is the deck to beat at every tournament in the foreseeable future, and thus hitting for Weakness is also a very viable strategy.

With Liverpool Regionals happening in a couple of weeks, it will be very interesting to see how the metagame is shaken up. Despite Lugia VSTAR’s huge presence, it didn’t perform the best. However, it is still an incredibly powerful deck, and your deck needs to be able to beat it consistently for you to consider using it.
Thanks so much for reading my newest article, and best of luck with your Pokemon TCG Live pulls!
SHARE THIS POST
Previous Post
Next Post 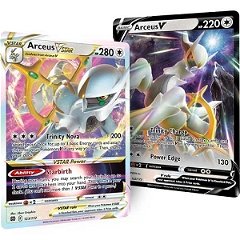 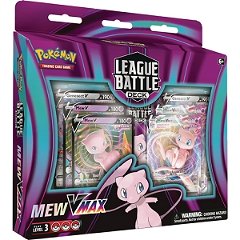 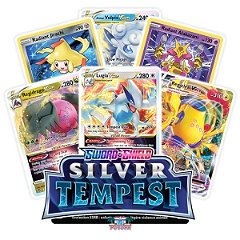