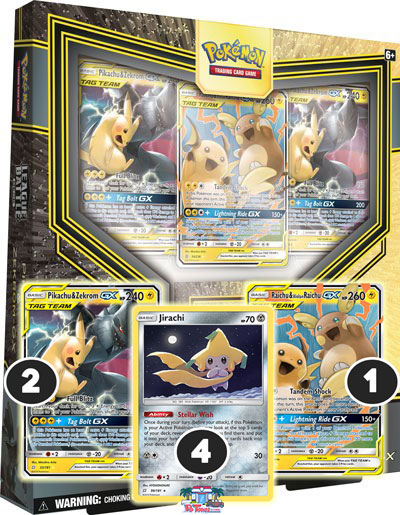 The first ever revealed Tag Team GX Pokémon in Pikachu/Zekrom has gotten some new Tag Team GX competitors in recent sets, but it is still dominating the competition. The Pikachu/Zekrom deck aims to set up a turn one, or two Full Blitz attack with help from its Prism Star friends, Tapu Koko and Thunder Mountain which help accelerate energy. When you can do 150 damage that early in the game, and set up big lighting type attackers on your bench in either Raichu/Alolan Raichu GX, another Pikachu/Zekrom GX, or Zeraora GX, you are putting yourself in a great position to have multiple attackers ready to go. The deck also has access to some of the most powerful GX attacks in the game including Pikachu/Zekrom’s Tag Bolt GX that can take multiple big knockouts at once, and Raichu/Alolan Raichu’s Lightning Ride GX attack which can deal big damage, while also keeping itself safe on the bench. The Pikachu/Zekrom deck also has some of the best support cards in the game going in its favor with cards like Volkner, Electromagnetic Radar, Dedenne GX, and Jirachi. Pikachu/Zekrom GX is not only super powerful, it's also the most consistent deck in the game so you can count on it getting set up almost every game. Lightning type Pokémon came back into the Pokémon TCG with a flash, and they are here to stay!
SHARE THIS POST
Previous Post
Next Post 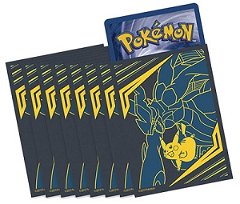