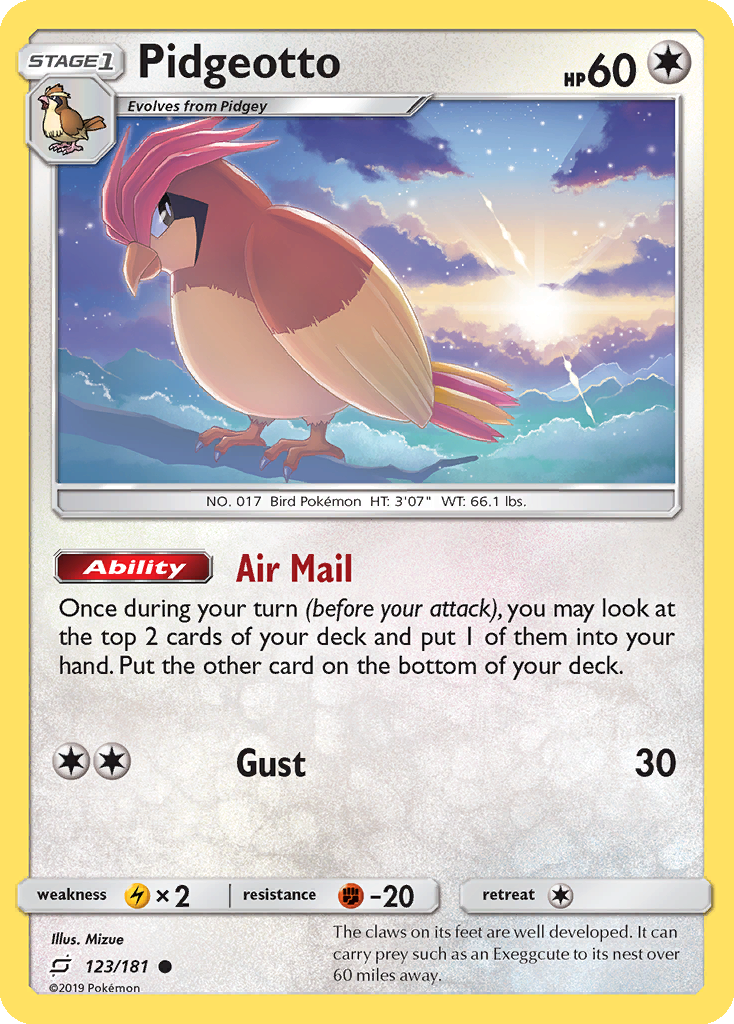 Ever since the Pidgeotto Control deck made Top 8 at the World Championships, it has been consistently topping every standard event in both the United States, and European regions. This deck is not played like your ordinary Pokémon TCG deck where you take all 6 prizes to win, it instead capitalizes on another win condition in the Pokémon TCG, decking your opponent out. You plan to deck them out by using powerful trainer cards in Reset Stamp, Lt. Surge, Mars, Jessie & James, Chip-Chip Ice Axe, Crushing Hammer, and Power Plant to set your opponent in a lock where they cannot play any good cards from their hand, or attack. The strategy is to use Pideotto’s Air Mail ability to draw through your deck, and when your opponent has either 3 or 2 prizes left, play Rest Stamp to reduce their hand size, and then play down Lt. Surge in order to use 2 additional supporters in one turn. When Lt. Surge is activated, you can use 2 in any combination of Mars and Jessie & James cards to reduce your opponent's hand size down to zero cards. You continue this combo by playing Chip-Chip Ice Axe to control your opponent’s top deck and make it less likely for them to draw a card that draws them more cards. You finish the combo by benching Articuno GX and using it’s instant ability to move it into the active either moving a previously attached Water Energy, or attaching one from your hand to it. Finally, you put down the stadium card Power Plant which shuts off all GX abilities and finish your crazy turn by using Articuno’s Cold Crush GX attack to remove all energy off your opponent’s active Pokémon. You then continue to lock them by switching your Articuno GX with Tate and Liza and using Oranguru’s Resource Management attack to recycle cards like Mars, Chip-Chip Ice Axe, and other cards back into your deck to infinitely lock your opponent from drawing any cards that can put them back into the attacking phase. You keep repeating the lock until your opponent is out of cards in their deck, and then you win!
SHARE THIS POST
Previous Post
Next Post